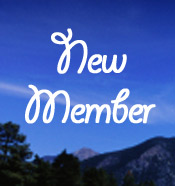 I recently purchased a1978 class A and have been going through her top to bottom. One problem is the exhaust manifolds are shot. The moto is great, only has 34k original miles but was poorly kept. I have been reading that it was a notorious problem wih this motor. I want to run nothing more than headers. Found a set with summit racing pn# hed-79130 specified for clas A application. I was just wondering if anyone has any comments? Would it be too loud? Problems passing emmissions etc... does anyone have any experience running an advanced exhuast? I am planning on towing a bltowing my car and wig ssome other upgrades it may help with low end power at least which may help.? Thanks

thanks Mike! I have an issue going on with my power train and tranny temp. I can't seem to keep the rig above 45 mph without down shifting. If I am in drive, no matter what speed I am buried in the hot on the tranny temp gauge and constantly losing speed. I am either losing speed or down shifting to pick up speed which just furthers the tranny temp issue. I have replaced the exhaust manifold but there are still several leaks in the system past the manifold. When I chop the throttle shes just spitting and burping all over the place, hich I can fix but the speed issue is concerning me. I am leaving on the first of April and she's in no condition to make it let alone tow my subaru behind it through the passes of northern AZ. The motor is sound and only has 30k original miles but it has this going on. I am going to try and give you a call tomorrow evening if that works for you. Thanks again my friend.

call me tomorow after 1900(7pm) central time, I will be able to ask you a couple of technical q's. have a pad and pen handy, I will give you some Info. Mike

You ask if it would be too loud??? Seems to me how loud it is depends on the mufflers you use MORESO THEN THE MANIFOLD VERSUS HEADERS. I dont see headers being much if any louder then a cast iron manifold although true, exhaust pressure release when valves are opened may be muffled more by a massive hunk of cast iron versus lighter headers.  Similar, I dont envision that much difference in emissions if the gas exits out a cast manifold versus headers. BUT IM NO MECHANICAL EXPERT

In the days when I ran big bore carburetored Fords and Dodges in Motorhomes, the biggest improvements I gained in MPG was when I converted from single to dual oversized pipes and shortened the pipes also so they exited out the sides closer to the engine versus wayyyyy back at the rear. When I used short glass pack Thrush mufflers they were a bit loud so I used big free flow stock mufflers on each pipe. I used to send my distributors  to Gerhartry RV in California for advance weights and curves and liked but never used the electronic variable advance control boxes where you could turn a knob on the dash to change timing. Holley used to make an after market throttle body quasi fuel injection unit that replaced the carbs also.

Hey John, just letting you know, they now make an electronic ignition for the BBM(BigBlockMopar). It is from Pertronix. It is simple to install, and delivers a hotter spark, better timing, and best of all, you don't have to play with points. Some of the kits even come with the Orange Mopar Performance Ignition Module. And even better it is fairly cheap. just thought I would let you know.

just replaced the stock manifolds on my 77 Dodge Travco 440 with Hedman headers,2 1/2in pipe and performance mufflers exiting in front of the back wheels,it runs cooler,a lot louder ( it sounds like my friends 72 challenger),and a bit more power.I  would suggest you exit the pipes in the rear unless you wear headphones while driving.Be very careful not to break the dipstick tube when installing the headers.

I have a 1979 Apollo with a 440 300 in it has headers and a 3 inch stainless exaust pipe all the way mufflers have 3 inch in and out it is not noisy behind seat a little outside,It seems to be getting 10 mpg driving from Akron to Cin. My apollo is in very nice shape,may have to sell as getting to old feeble. would like someone who would take good care of it. My ignition has been changed cant rember the name. This engine and tranny was removed and completly overhauled it has a lot of Summit Racing parts in it cam changed.