I'm looking for information on Rollohome. I just purchased a late 40's 25' Rollohome but don't see much on the web about Rollohome.

It's been awhile, but fixes have been progressing at the rate of Methuselah.

Mostly because of my lack of skills and knowledge.  How could plumbing be so complicated you ask?  It's actually not.  My rig is 21 foot - there's a couple of short runs and everything with a connection is accessible.  A couple of back twisters but only because I don't move quite like I used to :-)  For Lakota's young buck in the WalMart parking lot it would be a breeze!  And, seriously, my…

An excerpt from my personal blog,

Having a blow out at 65mph is never fun,, in most cases, but can be quite exciting if your a road junkie, There is no feeling like white knuckling the steering wheel,, puckering up so tight you can taste your unders and yur lip is so curled it looks like a cheeto. Not to mention the fear in the ole eyeballs, Now if you have passengers or pets,, then they are doing a death grip on the grab handle or arm rest and are on the edge of a full blown spastic release of their bowels, Animals, just…

Finally finished reupholstering the jackknife sofa for our new old rv today!! I feel like I've run a marathon for some reason. It was pretty stressful and I am so glad it's done. It actually turned out pretty well and I guess we saved hundreds of dollars but I don't think I would do one with the fabric and design again. Whew!!

From nothing to a double whammy

I went from having no camper to becoming a Good Ol' RV member times two.  A close friend asked that I find a cheap camper for him to live in while he was restoring an old oyster house in Virginia. I found a 1978 camper in below average condition for $500.  My buddy promised to pay me the next week. While waiting for my payment I decided to spruce up the little camper a bit and placed an ad in the local "Trash to Treasures" Facebook page, asking if anyone had any extra camper parts for…

Mornin gang, I have been absent for a while too busy updating my latest RV. While I don't currently own a good "old" RV (its a 2006) that's all I had for like 40 years lol so I feel right at home here.

So, we do a lot of dry camping and in my last RV I had 400 watts or solar which kept my four deep cycle 6 volt golf cart batteries well charged. However, in my latest 2006 29 ft, Class I initially installed 470 flat rooftop solar watts (with… 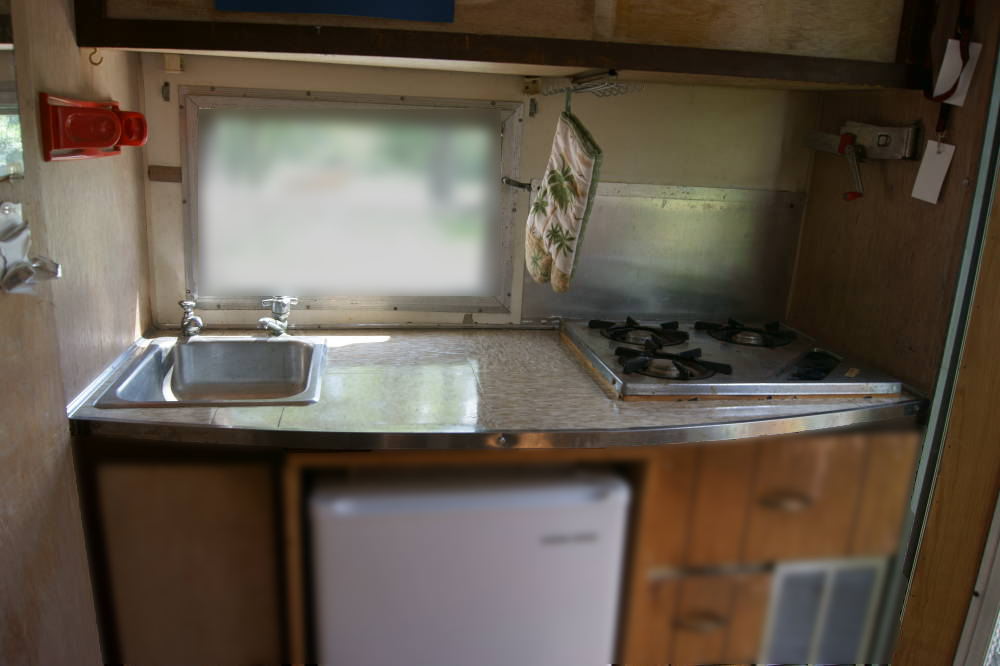 Here is the finished countertop. Formica was very expensive, so I used some commercial floor tile I had on hand and waxed it well.

Came over Loveland pass, no problemo and down through Denver heading home and east from Southern California on Interstate 80. Misfiring started in Nebraska and plenty of oily smoke out the exhaust.

Well not good because I'm headed for home in northern Wisconsin.

35 quarts of oil later I am back, a little shaken and  tired as the leaves are coming fast on the trees here in the north. and replaced the disintegrating particle board countertop with plywood. 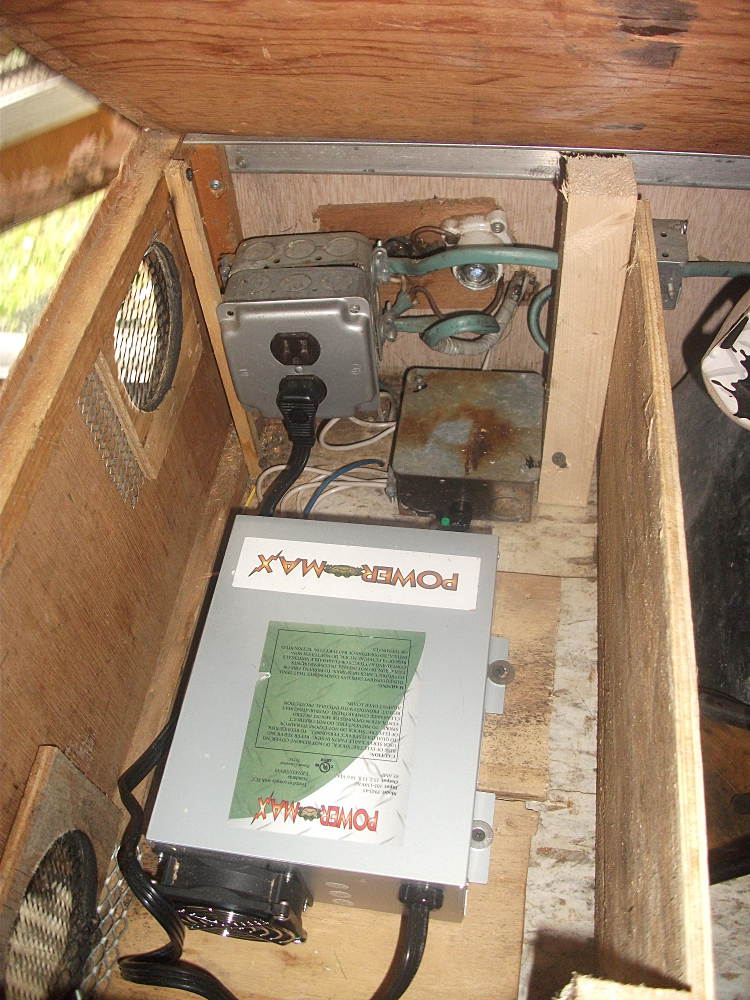 At the same time I replaced my Dad's hand-built 12v transformer setup with a shore power supply to keep the battery charged and run the inside 12v lights when we were camped in a place with electricity. 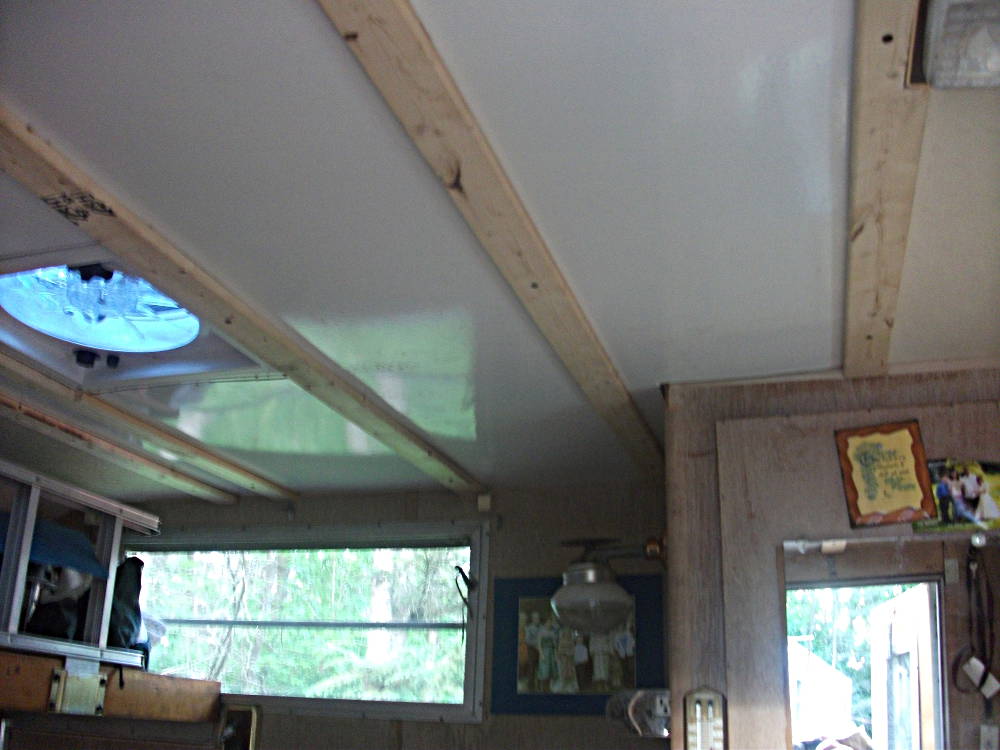 Here is the nearly finished ceiling. Some staining left to do.

I tore the scary covering off the bunk mattresses. Pretty bad with stains and who knows what else but they seemed to be made out of a water impervious tyvek like material which protected the foam. All of the foam for the bunks and cushions is in good shape and reusable. I also recovered the dinette back bolsters and over door valance with the sofa fabric. We had to reconstruct the flimsy over door valance board because it was crumbling thin particle board. Amazing how over the years they have… Continue

Hello again. It has been a while since I posted about our fifth wheel project back in March so I thought I would do an update.
The first issue was that the fridge wouldn't stay lit when we picked it up. It turned out to be a faulty igniter. Fixed that. However since then we have learned that there was a recall on the old Dometic and ours is part of it. It is at the dealers now getting that checked out as well as getting the wheel bearings checked out and re packed. The previous owner said… Continue and installed a new roof vent with a fan.

While I had the ceiling open, I put some styrofoam in to insulate the roof. 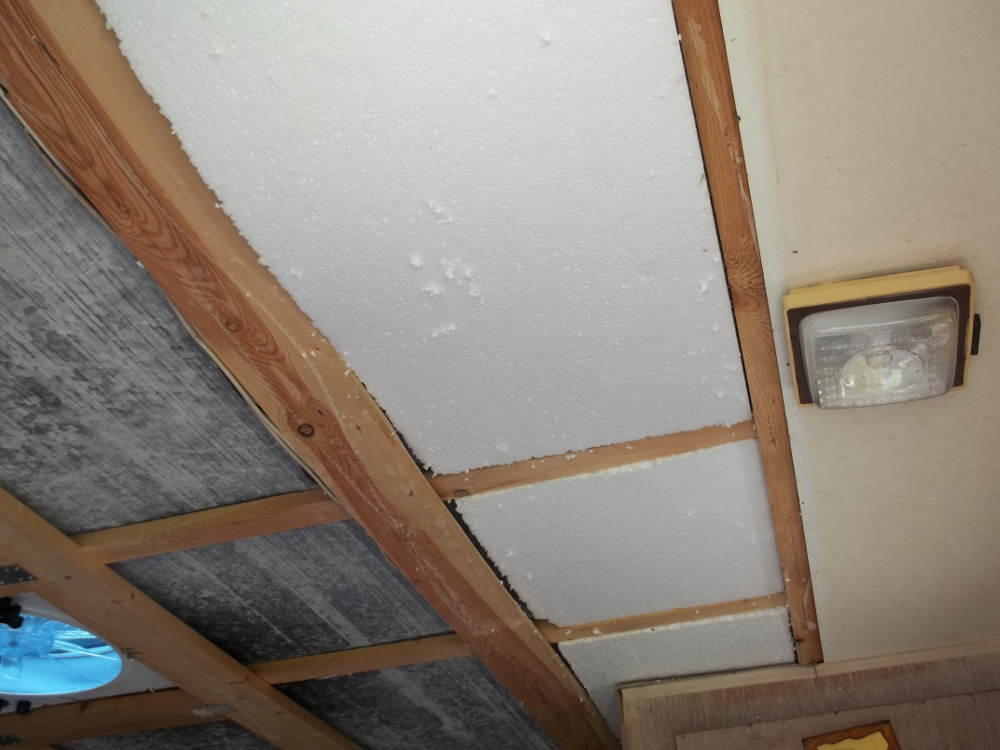 In April of 2014 after the roof had leaked and finding the rafters had been pushed down by the snow load over many winters, I pushed them back into place and fastened them there, at least in the center. The front has to have the cabinets removed and the rear the shelf you can see here. I hope to get to that…