So I opted to cut out the areas that were severely water damaged. Each corner and one area near the window.  They were pretty large cut outs, and how to fill them was the next question. Way too uneven to try to fill with wood pieces. Trying to cut with a power tool was impossible without cutting through the bottom aluminum layer.  So hand cut and chip away......;-)

Anyone who has used the Great Stuff large gap filler knows how that stuff expands and makes billowy clouds of puff everywhere that it isn't contained.  I needed it to fill the gaps yet stay flat for the new 1/4" plywood that I was going to lay over the whole floor. And I needed a 1/4" or so space under those 2x2's for the new plywood to slide under.

I found some pieces of metal sheeting that would fit under the 2x2"s and cover the entire gap areas, cleaned up one side of them and applied a light coating of Vaseline, covering them completely. Then I filled the gaps with the Great Stuff, put the metal pieces over them, Vaseline side down, and weighted them down with heavy stuff to keep the foam flat and contained. My tool trays came in handy for that: It worked out perfectly.  The foam stayed flat and fairly even with the plywood surface.  Any dips will have insulation to fill them up.  Now that plywood layer will sit flat and not have any hollow spots under it.  I found it best to use a fresh can of the Great Stuff. As it gets used and nears past half empty, it doesn't come out in a nice foam as much no matter how much shaking you do.  The first use is the best use on this stuff for me. 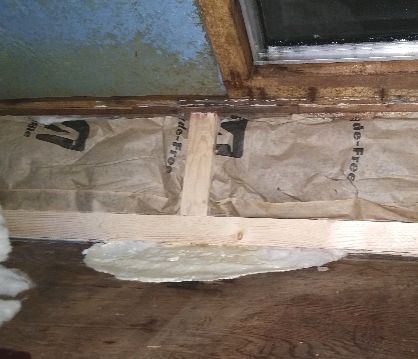 With that done I moved on to cutting that plywood piece.  Almost 8' long and a section in the center cut out to fit.  I needed to allow for it to fit under the 2x2's.  Cannot believe I cut it right the first time.  LOL

Took almost twenty minutes navigating that long piece of wood on there, but I eventually won the battle without damaging screens or windows.

I still have some old paneling to remove, just clean up really.  The window is covered with a tarp, so the pic is tough to get with the windshield light blaring at me.  LOL The old framing was just two long wood pieces with the thick foam insulation between them along the front.  I did it more to my liking and added support bars then packed some insulation between those. One layer of 1/2" blue rigid, and a layer of standard wall insulation material. Any gaps from the old build or new meets old are being tucked good and tight with insulation. 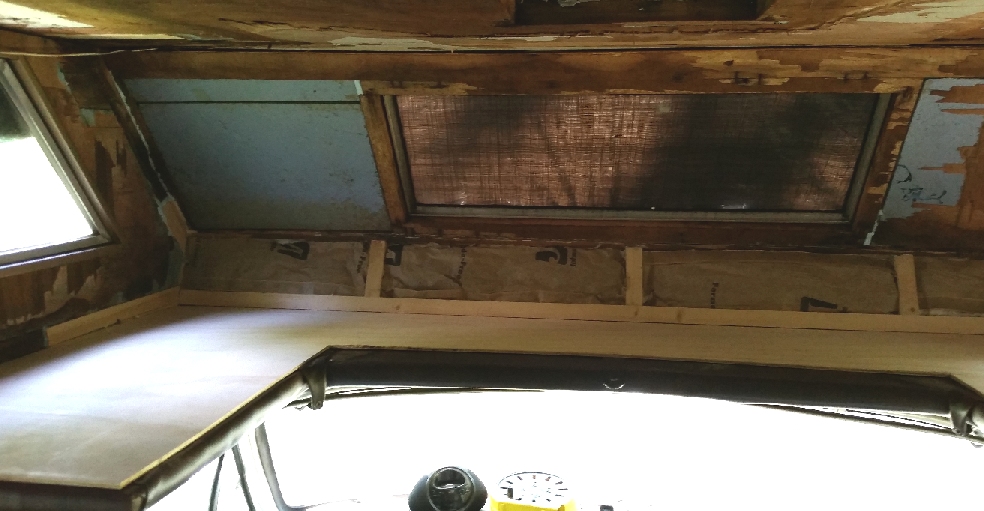 Now I just need to screw it down to the old stuff.  Not sure if I'm going to paint it or what.

Then install the bed track, and get it put back together.

Lots of things accomplished.  Still working on how to finish the walls on those odd shaped windows and the little amount of space around them.  That's a blog post for another day........

Looking good there, Tina. It is coming together nicely for you and that is terrific. You have had enough of a fight getting to this point.