Of course, just when I really really need it...the riding lawn mower goes on the fritz again. It's old....like me.  LOL  After hours yesterday trying different ideas, I finally figured out a fix to the cable (this is attached to the lift lever for the mower deck to engage the blades, and keeps breaking off).  By the time I figured it out I was too tired to do it, so it went on hold for the night.  Besides, I had to set traps for the destructive and chicken killing raccoons before dark. I did get one during the night, but the other was way too smart for that trap.  I did some handy work today on it, we'll see if it works.

My brother stopped by during midday Saturday, took a look at the progress so far on the RV and said he was quite impressed and that it is going to be more solid now than it was new.  Well...hoorray for that! Then he helped me get my table saw fixed, and showed me what to do to get my truck headlight working. The hot wire is dead, so he showed me an easy trick to tie it into the working one.  Haven't got to that yet.

My lawns are finally mowed. I think the cable fix is stronger than the original OEM cable.   Little toads by the hundreds jumping out of the way as I went. They do this every year.  Poor things.  LOL

I dumped one tub of grass clippings in to the chickens to scratch through. They deserved a treat after what they've been through.

The material for the upholstery is ordered and should arrive next week.  In case any of you haven't seen the conversation about it, I ordered the center solid color and the patterned color in the upper right of the photo: 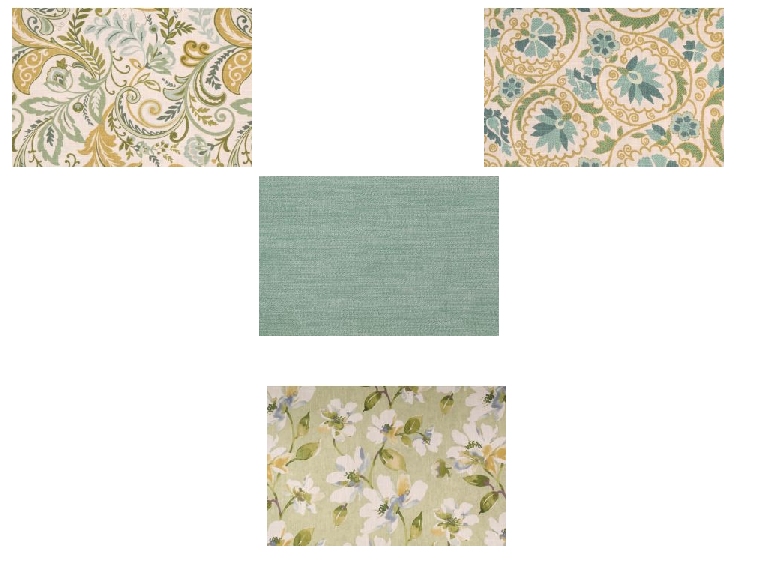 They have tons of remnants and a couple tons of fabric choices in general.  15 yards of upholstery and drapery fabric, and the shipping was only $4.99. 3 to 4 days to ship via UPS.  Love that.

Now that the table saw is fixed, I'll be ripping some angled boards to go in the front cab over under the window exactly like the ones that had to come out. Again, thank goodness I didn't burn all of the old stuff, I needed that to know the angle of the cut.  Tomorrow morning I'll be replacing a couple of rotted 2x4 pieces on the ceiling of the cab over as well.  There are some things to figure out there yet, I think the ceiling will have to be a different height than the rest of it, and I'll show in a later blog post why that is.

I was going to move it today, but it appears there is a family of rabbits living under it while the babies grow. I'll leave them be until they are old enough to get out on their own. Cute lil' things, but I wish they didn't like the taste of Hastas and Rose bushes. My veggie garden is probably in the danger zone now too.  Critter acres....fitting name out here.  LOL

Hope everyone had a nice weekend. I'll try to do an update as I go this week with some pics.

A majority of the time, if you dont corner a skunk, it wont spray,, they usually avoid confrontation. Ive been sitting out under the stars here in the wee early hours and have had them wonder on by,, look at me out of curiosity and just go on their merry little way... But there is always that one time,, one of them has a chip on his shoulder and just decides to christian you will a nice shower.

They also keep ground burrowing hornets in check. We camp at a State park here in Ohio that turned them out because of a Hornet infestation along the shore line. People was getting stung by them. I don't know witch would be worse stung by bees or pied on by a skunk.LOL 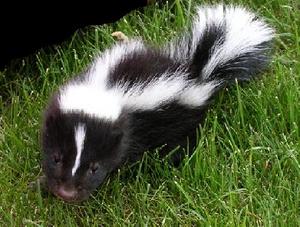 These cute little kittens show up all the time,,But man,,they sure can Fart. lol    We have alot of these here, but as long as you dont spook them, they just wonder on by,, Game warden officer said they keep the distructive varmits away... excluding the 300 million bunnies that appear every year.

Thanks Rich. Lovely picture.  That's the reason I stay where I am. I have had some amazing wildlife experiences and some awesome pictures here in the past 20+ years, I just won't give that up.

However, I won't deal with destruction and viciousness. The epic battle royal with the killer raccoons is finally resolved as of last evening.  My chickens are safe and I can move on with the things I need to get done and enjoy doing.  :)

I'm the same way with wild life Tina. I have an Ivy vine that grows up the side of my garage that I trim back every year. I would like to round up it but there is a pair of nesting birds that come back here every spring LOL. When I was 8-10 years old the grounds keeper at my grade school brought me a box of baby rabbits, he discovered them after he had accidentally ran over the mom while cutting the grass. There was around six of them and I raised them till they was ready to stand alone. I released them on my Grandpa's property. They must have done well because he said he had not had many rabbits around there for a while and for several years there was an abundance of them running around out there. One of the reasons I love my property is scenes like this one. The spotted fawn is an orphan from an other doe. I'm told that a doe will let an orphan suckle if the lost mom was related. Anyway- I'm glad you are having such good luck with your project  and hope you have a few nice day's left to enjoy it this season. 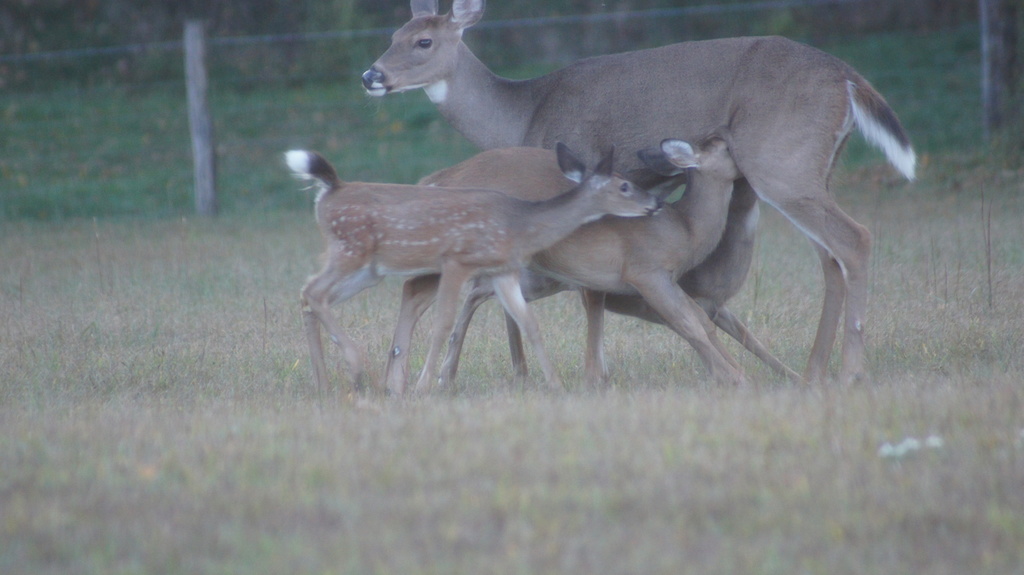