So, I ordered two vents from Amazon. One is exactly like the old one in the style, but the measurements were just a hair shorter on the width.  The other was a nicer looking vent, with a louver flap in it, but the same measurements. I planned to use the one that lined up with the old cut hole the best.

Turns out the old style one lined up better, I had to cut a little in the corners of the hole to fit it, and although much cheaper than the fancier one, it was much sturdier plastic.   Like I told Russ earlier today, I think the more expensive one would crack if a mosquito bumped into it.  ;-)

I still had to drill new holes, they did not line up with the old ones except the corners...go figure.

I used two layers of Dicor Butyl tape on it, and that stuff sealed up nicely.

Here's the hole just before I removed the old stuff off, and cleaned it up: 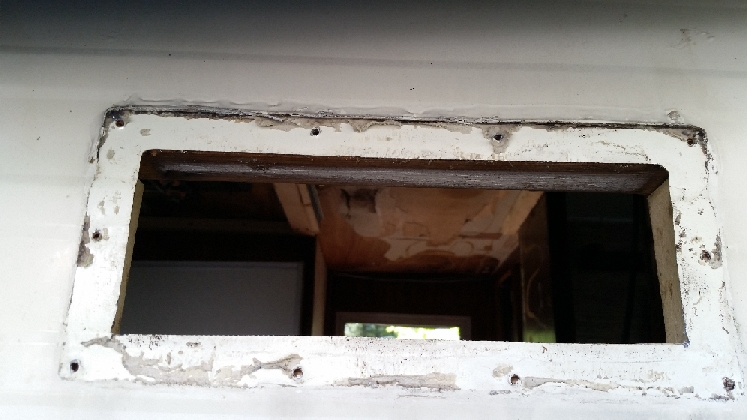 All cleaned up, and the old screw holes were gently pressed flush down by rolling on them with the flat end of a chisel. 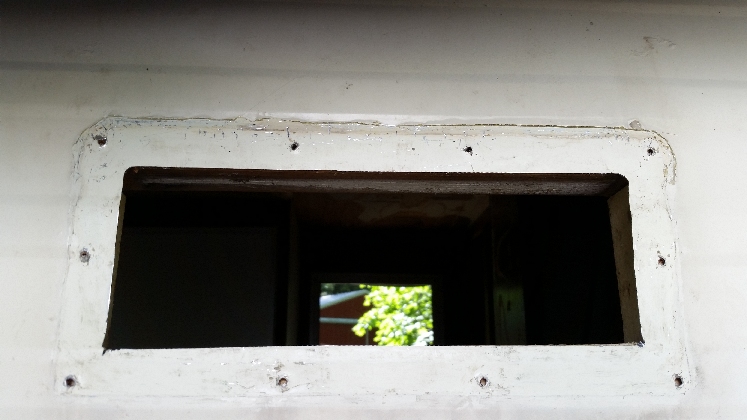 Installed, and the edges cleaned of any squeeze out of the Butyl tape so I can get an even surface for the next sealer around it. 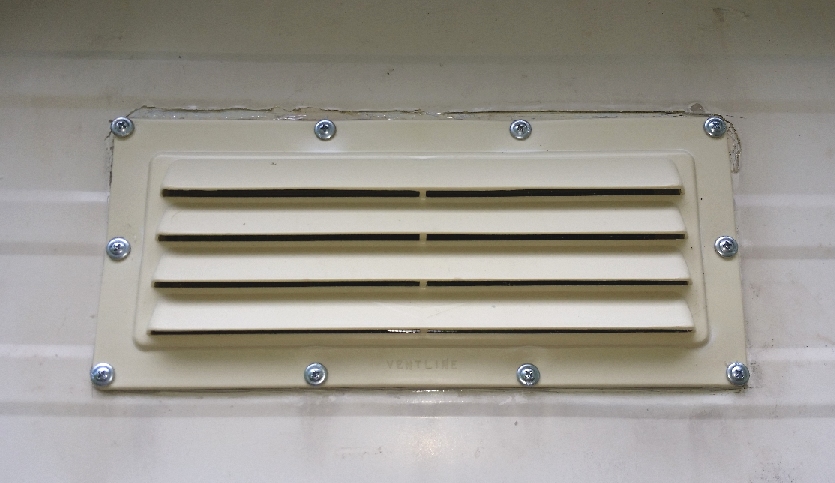 These were the only screws I could get, the one in the corner is a little off, it was that way on the old one too, but it's good and sealed with the butyl tape. I'm gonna leave it alone. I did add a screen to fit inside to keep the buggers out.

Now on to the heat duct cabinet.  Other than painting it or whatever I decide to do as a cover for the bare wood, it is finished!

The drain vent worked out well.  I could only drill a 4" hole with my hole saw set, so I couldn't get it in there flush with the wood because it is larger just under the outer lip in the way it's made.   But I got it to fit in there and it isn't going anywhere. LOL 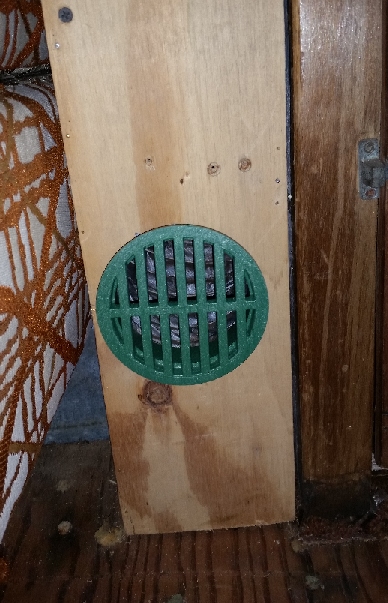 It's just wide enough, and clears the couch for lifting up and down into a bed. Here's the inside before the shelf is put in: 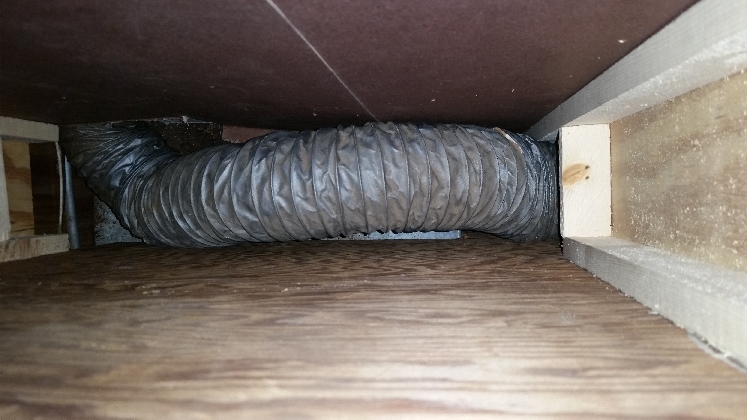 I used the plywood on front/back and one side.  On the side next to the wall I used the backing from an old Sauder furniture cabinet that the shelves had warped on the basement water damage.  It worked out great.  This cabinet isn't perfect, but it will work for me.  The whole thing can be lifted away if needed. I kept it fairly light with the 1x2 framing, and a piece of the trim from the RV on the wall side.  There was only so much room to work with, mere tight inches, so I couldn't use 2x2's anyway.

There is a shelf in there fairly deep, and the top is hinged for easy opening.  The shelf is made from the 1 1/2" ridged foam. I think I'll just cover that with some nice material, sew on a lift handle at one end, and leave it as is.  It works, and it's sturdy.

I have a little velcro stick on LED light that will get put on the back or front wall inside too. 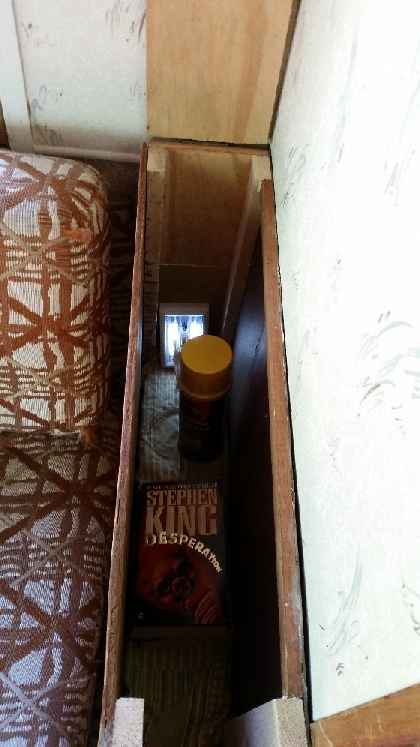 That's the accomplishments for today.  Slowly things are progressing...but they ARE progressing. LOL

Hope everyone enjoyed their day and stayed cool.

Pretty creative on the shelf Tina, you just can't have enough places's to stash clutter and a good example for utilizing what I call dead space. Nice Job.