Never never land...Never EVER count on a job being fairly easy in these things.......

I THOUGHT....yeah..this is what I get for thinking...
that this was going to be a fairly easy job to do on this heater duct that is crushed by the frame of the couch/bed. Now, looking over this couch and how it is bolted together with no working room anywhere to dismantle it and then get it back together, I decided that was not happening. (I am reminded of Lakota's comment on ablog about an RV being built around a cabinet. I think this RV was built around this couch. LOL) 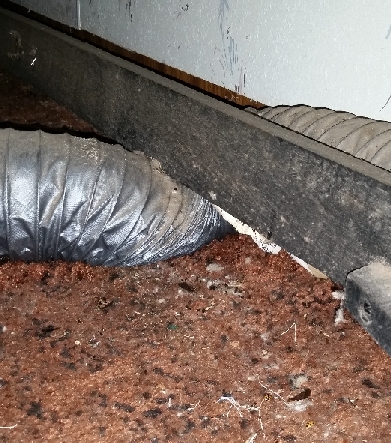 I was able to get the duct out from under the frame with not too much trouble,and thank goodness for small miracles there were no tears or holes, then ran it over the frame. But, as soon as you put the couch back into position from a bed the couch top frame was crushing it. Not near as much, but I no likey that.

So, I thought of notching the frame enough to fit the duct...but there is no working room to do that and it would weaken it. Nope.

Last resort, the old shag carpet had to go away at some point, it's filthy and stinky with mouse pee/droppings. I knew that was going to be a job. Little did I realize just how bad it would be......

There are TWO layers of carpeting there,(WHY??) just like the wheel well cover, and a half inch of foam underlay beneath that. If I take that out, it will give a couple inches of room for that duct.
Uh huh...yeah. Off to work I go on it. Staples and glue and nails...oh my! And let's deal with wiring that is nailed to the floor through the carpeting in a highly difficult place to get to, that leads to a screwed in pump of some kind for a city water hook up. (I think) 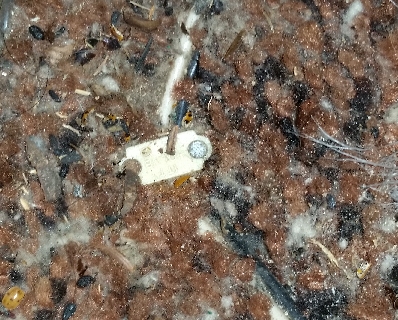 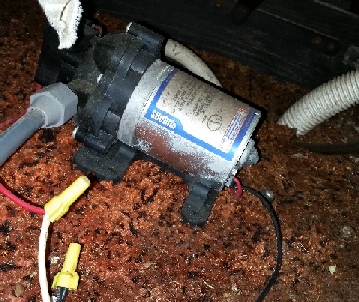 Two hours I worked on that and it is no where near done. Sweating profusely because of the high humidity and less than a foot of working space I have to crawl into. Just to fix a crushed section of duct. Blimey!!

Probably could reduce the size of the duct, but then I would have to adjust the vent hook up etc. to accommodate that and I don't think it's a good idea to reduce the airflow.

I've started it, I might as well bite the bullet and finish it. I'll need more blades for the utility knife soon. ;-)

Good news, we did get some rain. Enough that the grasshoppers should get a quenching. ;-)

And a thought just occurred to me. Who says the duct and register vent has to stay where it is? It's mine now, I can do what the heck I want. Maybe....I can relocate that and solve the whole danged problem.

The following is an added edit after I took a look at something:

Make believe the cardboard box in the picture is a small wood box constructed to house the register vent and duct.  Imagine the grey duct in the picture not being visible, that will have to be cut down some. There is just enough room between the couch and the wall to build a box to redirect this vent/duct.  Can anyone think of a reason this will be a bad idea?  If it works, it's going to save me a ton of work and I'll like it much better for accessibility too. 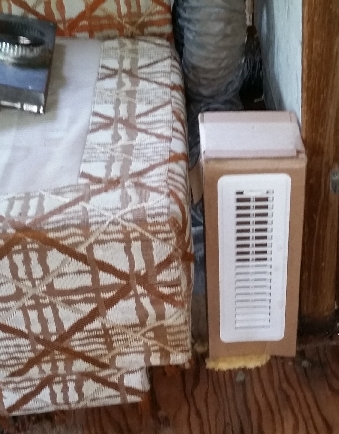 This would also make for a nice little shelf to set "stuff" on.

Something like this as a vent attached to the board on the outside and the duct connected to it?

Worth a shot?  It will look nice and I can paint it, they have shiny metal ones too:

I can visualize what he's talking about now.  I think this might be it, it's the perforated ones:

And that gives me another idea too.... 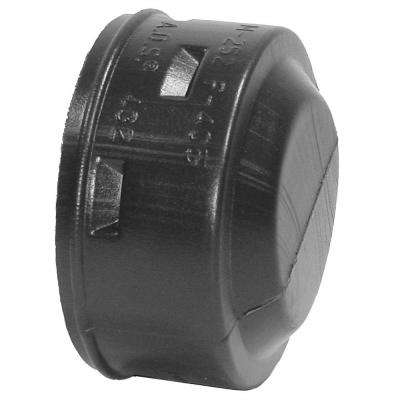 This what your talking about Ken?

Comment by Ken and Cindy Haney on June 13, 2017 at 9:30pm
I just got to thinking you might is a drainage tile perforated en cap on your vent hose. Look at Home Depot for that. $2.46 and in 4", it should fit in your tube and provide a defuser that you can paint the color you want. Just a thought. I would post a picture but don't know how.

Velcro is a good substitute if I don't find any hinges lying around, I think I have a box full of them in the garage though.  New ones, I've seen them.....I know I have....now where did I see them?  LOL

I was thinking the same thing as Ken - if you are going to build a box, you don't need the housing per se, just adapt the box to perform the same function.  Hinges are good - but so is industrial strength velcro - ROFLOL.

Ken, you've given me an idea for sure. Thanks so much! I just knew someone would have a good suggestion that would jar me into thinking. LOL
Open from the top, why didn't I think of that??? I'll even put a hinge on it...yeah. And make a removable shelf in the top part to store "stuff" maybe....

Okay, I decided to just do this now.  Here's what I'm dealing with, this is the housing that the register and duct fits onto: 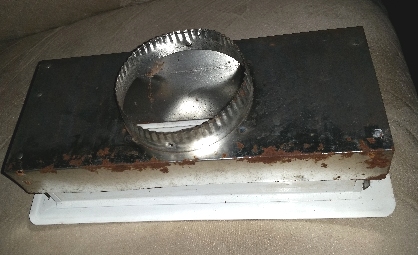 From the top, you can see how the register sits off to the side: 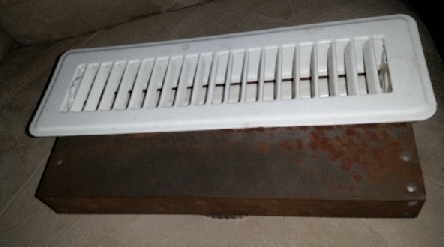 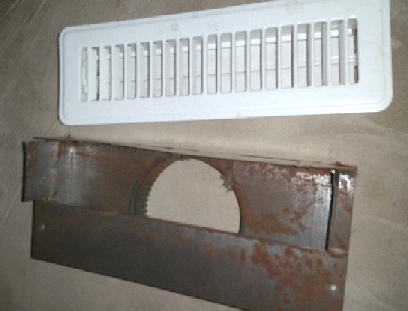 1/4"  plywood would be the only choice, but I wanted to be able to remove the front where the vent is attached if needed.  There is just no way to put this back under the couch without a crush job.  Those engineers were hot at it when they did that little number. LOL

Comment by Ken and Cindy Haney on June 13, 2017 at 7:53pm
Oops. Didn't read your comment about it not working. I would say not to use an adapter. Build your box with the vent grate in it. Insulate the box inside. Run the vent hose into the box how ever makes it work. If you have yo make it oval then do that. Duct tape it inside and out so it doesn't fall off and put the lid on. Use the box as your vent adapter.