I have to say the first leg of my trip, from Asheville, NC to Denver, CO was stressful and there were several times I was close to turning around and packing it in.  Those that I've caught up with on chat have had the dubious honor of providing emotional support.  In addition to the strangeness of sleeping in new places every night, I was dogged by a mechanical issue that still hasn't been resolved (I'm on my fifth mechanic now and just won't know whether the last fix resolved the issue until I get Juno on the road a few hours and up some hills).  The wind has also been my nemesis.  Often I spent my driving day fighting to keep her between the lines.  Finally, it's been lonely.  Which was a surprise.  I didn't expect that.

I don't think it's even been three weeks and it feels like it's been a lifetime!  I expect to start heading south at the end of the week.  Hopefully the next leg will prove to be more fun, and less nerve-wracking (wrecking?)

In the meantime here are some pics... First truck stop - New Baden, Illinois, Loves.  Free.  Looks like Juno is trying to be a big truck.  I figured out immediately to park to the front of the lanes so trucks would see me and not squish me when they back in during the night.  Spent day here waiting for fuel filter to come in and the mechanic to get off his shift to put it in.  That cord from the hood is going to my Renogy 100 watt solar suitcase.  First time I was able to test it and it worked great. 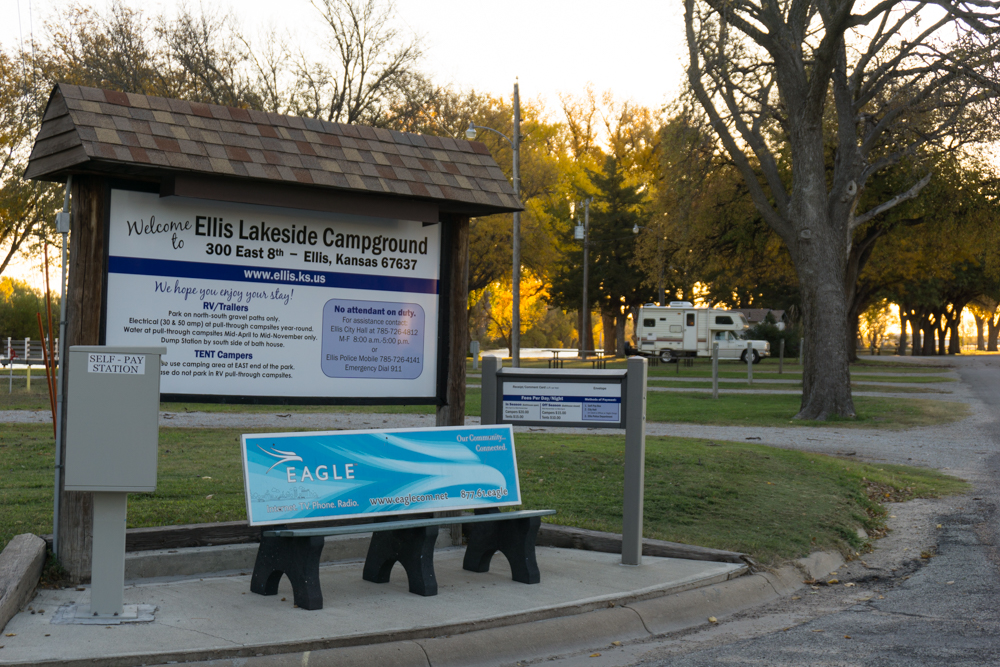 Ellis, Kansas - city campground was just gorgeous - that's a creek/lake back there that even has a boat ramp if you travel with a kayak or canoe.  Great wifi, $20 a night, self serve kiosk.  Stayed here two nights because of the wind.  Highly recommend making an effort to stop here if driving through.  Sweet downtown and they have a train museum.  What's not to like about that? Bear Creek Lake Campground.  Absolutely gorgeous.  Lots of trails for biking, walking and horses.  Lakes for swimming in season.  Saw numerous deer.  Since getting to Denver, finally, some days have been warm... ...and some really really really cold.  Bear Creek Lake is $25 a night for electric hookups.  Pay showers which are miserable as they are all vented to the outside and not heated (and the water isn't very hot either) but the view, imho, makes up for it. 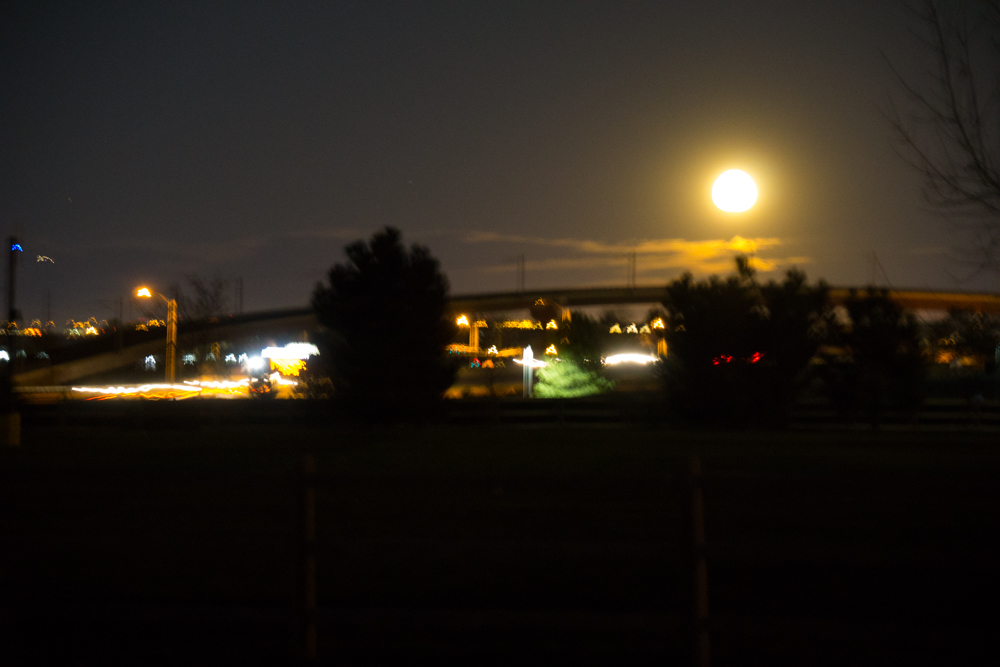 Then the season closed at Bear Creek so moved over to the fairgrounds.  Just a parking lot with electric hookups right on the interstate, but it has it's own charms.  Like a really nice bath and shower house.  Lousy picture (I needed to change settings or put my camera on a tripod) but the moon tonight was amazing and was trying to catch it, the lights from the traffic, and the elevated, with a quick snap.  $30 a night for electric.  Nice place to walk the dogs (also right next to the Foothills Animal Shelter) and close to stores in Golden - grocery, drug store, etc.

A last note of warning if you overnight at the Walmart in Hays KS...in the corner where RVs park is also the tornado siren.  Mondays at noon they "test" it.  Yes, it took half an hour after it went off before my heart crawled back into my chest.  NOT the sort of adventures I had envisioned, that's all I'm saying!

All in all, Dawn, I would say your o[optimism is growing and you are starting to take the full time RV living in stride.Very positive writing and some great pictures. Hang in there you are doing great.