A "Gem" of a Campground Find near Salisbury, NC

After my 'full-timing' adventure of last year, poor Juno found herself neglected in the yard most of the summer. I think I suffered from a little RV PTSD.  As the temperatures grew and the humidity descended on our little piece of mountain paradise here in Asheville, NC I was content to enjoy not worrying about my electric consumption, not having to pack up my home every time I needed to go to the grocery store, and poo that just goes away forever when you flush!

We traveled down to Yuma, Arizona last week, and I wanted to share a couple of places for free camping.  I am traveling with two other RVers that are planning on taking advantage of 'medical tourism'.  Between us we are getting dental work, eyeglasses and medications filled. Los Algodones is very popular for those things with snowbirds.  Many stay near the border crossing at the Que Casino which offers free boondocking, but is crowded and noisy.  We opted to stay further out and try out some…

Incredible week (and a half) out here so far.  I wasn't sure what to expect but despite the isolation, I have to say everything is much more intense than I anticipated.  I don't think I've managed to capture it in photos yet, but the desert is beautiful.  Yes, it's very dry, very rocky, but the play of colors and textures has caught me in awe more than once.… 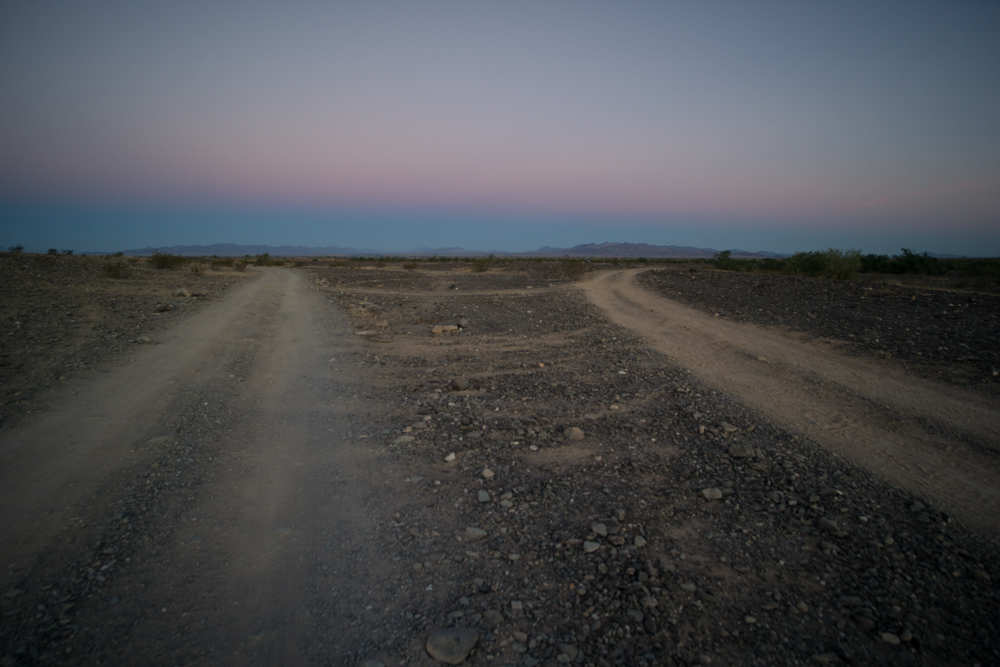 So, many RVers that are going to the two…

I have to say the first leg of my trip, from Asheville, NC to Denver, CO was stressful and there were several times I was close to turning around and packing it in.  Those that I've caught up with on chat have had the dubious honor of providing emotional support.  In addition to the strangeness of sleeping in new places every night, I was dogged by a mechanical issue that still hasn't been resolved (I'm on my fifth mechanic now and just won't know whether the last fix resolved the issue…

Had one last day of loose ends to tie up, but tomorrow, after all these months of renovations, I'm ready to go.

Tire pressure good? Check.  Water level in batteries good?  Check?  Fluids good?  Check.  Everything packed, details taken care of, fresh water filled, electronics charged?  Check.  If anything breaks now, it has to be dealt with on the road.

I've been promising interior shots for awhile now.  Remember - being an 84 I felt at liberty to mix it up and…

She's currently at the new mechanic's for a last bit of work.  My…

Just a Quick Rundown of Progress

Lately the pics from camera have been terrible so not going to post any, but did want to at least do a quick update on progress:

-Curtains finished and rehung.  Valance upholstered and that and dinette blind reinstalled

-Dinette -u-shape bench modification finished, and cushion/upholstery finished for that.

-Kitchen backsplash smart tiles installed - only one wall looks like it is melting where I managed to install two sheets at angles.  Instead of using the…

I am so ecstatic to report that I picked up Juno from the mechanic's last Thursday and she and I had our virgin trip together.  It was definitely a happy honeymoon.  Do you know I signed the papers on her in October and this was the first time I actually was behind the wheel on the road??!  Rick didn't get her here until January and then she sat in the yard until I could get the roof sealed, and finally the mechanic took pity on me and came and got her because of the stall on idle issue.  I… She used the old cushions as a template, and we salvaged the vinyl backings and the zippers.  That's five inches of high density foam.  Not cheap, but they cut, wrapped and glued the batting on for us.  It sits well…

Not Dead in a Ditch - Take Two - Part I - Mechanical Update

Apparently my previous post was lost when I did a couple of edits, so going to try again and split it into two parts.  If you think you've read it before, then you probably did! LOL!

Just wanted to give an update as it's been a little while and while progress is slow, it has been happening.

Most importantly Juno finally went to the mechanics!!  WOOT WOOT.

It's been awhile, but fixes have been progressing at the rate of Methuselah.

Mostly because of my lack of skills and knowledge.  How could plumbing be so complicated you ask?  It's actually not.  My rig is 21 foot - there's a couple of short runs and everything with a connection is accessible.  A couple of back twisters but only because I don't move quite like I used to :-)  For Lakota's young buck in the WalMart parking lot it would be a breeze!  And, seriously, my…

Can I say yeehaw!  I'm finally off the roof!!

The new ac shroud came in last week (Camping World order took about a week direct from manufacturer).  Fixing the old one became an exercise in futility.  I did learn a lot about fiberglass, though, from my mistakes.  I don't regret my decision - it looks great.  The old shroud is going to become a little goldfish pond.

So, confessions.  I have come to despise dicor with a passion.  Stuff didn't set up fast, I was…

Because I have a lot of things to sort out on my new-to-me-rig, as well as a limited budget, there are some places I'm going to have to make some compromises, at least initially.  Juno came with two ceiling vents, but no fans.  Decided that was something I had to modify, and I did consider replacing them, but ultimately decided for now to rig fans into the opening.  This is by no means either pretty or convenient, but it's workable and will save me about $400 I can spend elsewhere.…

Pretty day today, but rain tomorrow so postponed (yet again) un-tarping to start cleaning off the corner trim to reseal.  Some progress however - our handyman put in a new gate this week to make it easier to get in and out of the yard and he's going to quote me to put in a gravel pad and a carport.

Today I tackled the steps.  The bottom one wants to sag forward, and it would take some serious metalwork to try to fix that at the pivot, so I bought a simple metal step brace…

I have a list of wiring projects to tackle, but being a complete novice when it comes to electrical work, I thought it best to start simple.  I've been youtubing for weeks making sure I have a basic understanding of wire gauge, types of connections, and concepts such as grounding.  I've been filling my toolbox with gadgets, a multimeter, heat shrink, a pair of rubber gloves and the like.

Today I finally took the plunge.  Everything starts with a first step, right? And sharing…

Owners Manuals I Could Upload

If of any use to anyone just let me know (assuming all are mid-80s):

Meet-My-Engine-Battery Day and Should This Be Hooked Up Somewhere?

It wasn't an ambitious weekend.  Undone schoolwork is catching up with me.  In some ways going back to college at this time of life is gratifying, and other times I just feel like I can't be bothered.  Wait!  I felt like that back in my twenties and that's why I didn't finish.  Guess it's not an AGE thing - LOL.

Yesterday my fixit guy came over with his air compressor and fixed the valve stem and aired up that inside dually.  I think he just pried it a little to open it up,…

Unfortunately I only had this afternoon to get out and work on Juno.  Earlier in the week, though I did learn all about topping up batteries and how to test with a multimeter (my house battery is subsequently in fine shape) –so that was something.

The Good, The Bad, and The Ugly

First, I finally figured out how to use the new environmentally-friendly piece of garbage that qualifies as a modern gas container so it doesn't leak gas out of the…