Alrighty then.  A nice day, and butyl tape in hand, I finally decided to tackle one of my first projects. Resecuring a marker light and the license plate that fell off on the journey over.  Remember, I'm taking baby steps.  What probably is like nothing to most, simple stuff, is all new to me. But thanks to advice from here (especially Rich and Lakota - but others as well), youtube, camping world and numerous hardware store employees I think it came out alright. Time will tell.

I thought though it would be nice to detail it for someone else who is enthusiastic enough to decide to take on a 'classic' without any experience :-)

So here was my problem light with the old putty or butyl.  Screws were just sliding in and out of two of the holes: 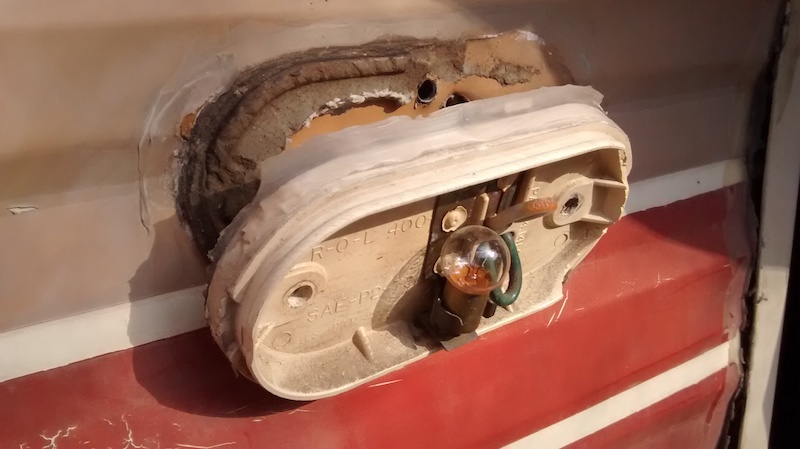 I made the choice not to replace the light yet despite it being broken, and the cap being red (the other side is orange and I assume they are supposed to be orange).  The cap still fits securely and I've still to practice soldering and making good wiring connections so decided this will be a redo down the road. Right now the imperative is to get her in shape to take down the road to the mechanics.

So, first thing I did was clean off the old butyl and gorilla tape adhesive from back of fixture and the RV. Now, I used mineral spirits here and if I wasn't supposed to, PLEASE correct me.  Lesson of the day is that it eats through latex gloves.  What does one wear?  My mother is an artist and at a healthy 70 she poo-poos using anything, but does admit she doesn't use it that often.  I did also use a mild cleaner, soap and water to clean again after using the mineral spirits in the event it was going to eat through the paint...

Here it is clean and ready for repair: One of my struggles was butyl tape - I probably should have just ordered it from Amazon but assumed it would be easy to find.  Ace didn't carry it and if Lowes did, no one knew where it might be.  I ended up getting it at Camping World (any excuse to go to the candy store) and later I realized that Ace does carry an RV vent repair kit which includes the Butyl tape.  Not economical, but would work in a pinch.  I now have a nice roll of it as I'm sure I'll have lots of projects going forward.

Here the light is with the Butyl tape on and ready to be squished into place: 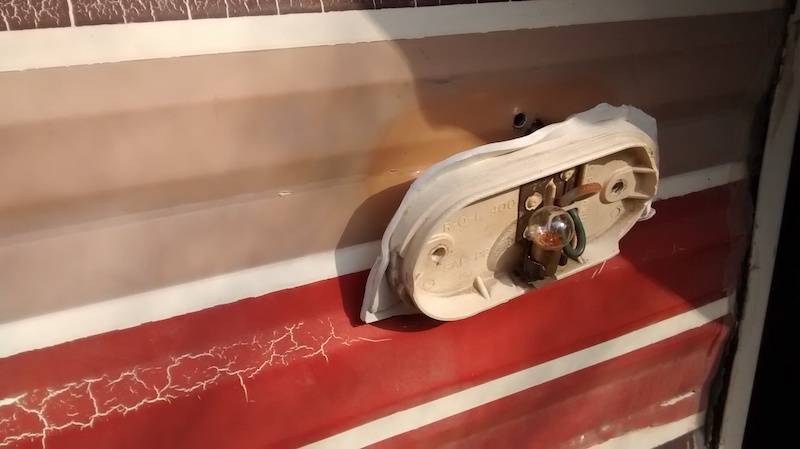 Oh wait!  Maybe I should ensure the light WORKS before I do all this: 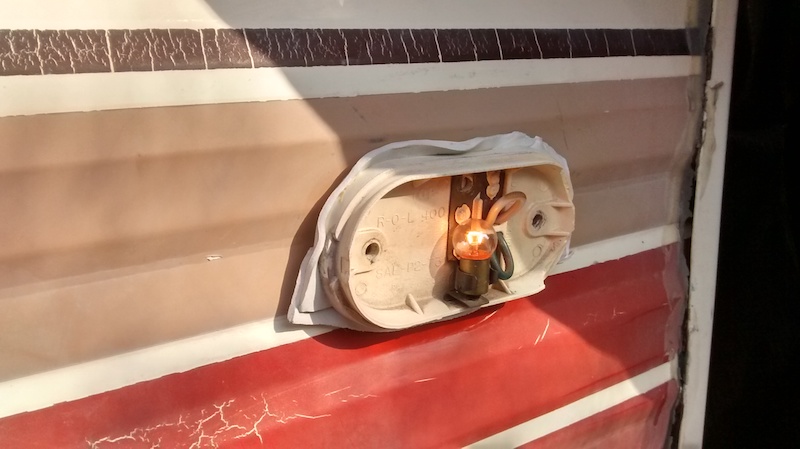 At first it didn't, so I jiggled it - and it made the connection - doesn't want to seat, so I expect this is going to be a problem light as we move forward, so again, note to self, replace when you know what you're doing.

To deal with the loose screws (size 8s) I replaced with stainless steel size 10s.  They grabbed much better and I decided to try a little loctite on them as well - that's the blue stuff: 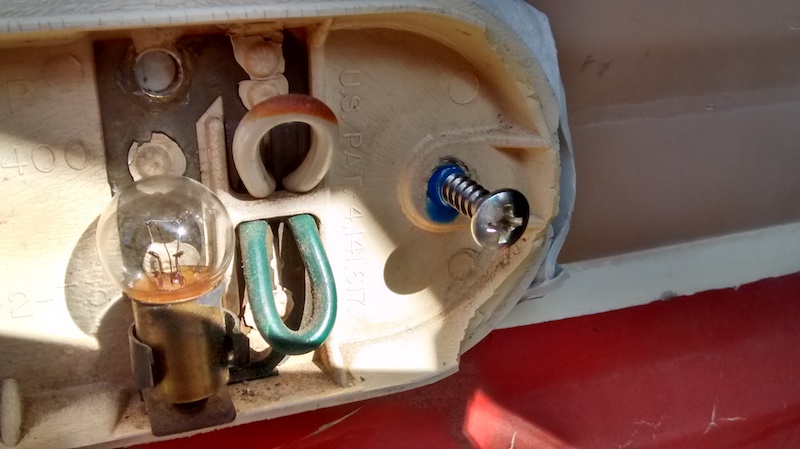 All squished in.  I will say, only one screw tightened down fully to a stop (I did it manually) so hoping between the butyl, larger size and loctite it'll stay until I'm ready to take it off.  We'll see how it holds up down the road.  I know, literally, right?!

(To Be Continued in Part Two)

Nuthinz smells better then a flaming burning marshmallow on a tree stick around a campfire, as everyone else wonders when to duck when that flayling marshmallows lets loose and goes airborne like a flaming missle.   Lol. Ahhhhhhh  Good times..

I believe there is more pride in ownership when sweat equity is invested. One of these somber summer nights you will be setting around the camp fire burning marsh mallows, looking over your shoulder saying, I done that and all will be right with the world. I know, better get some boots on huh. LOL

Haha - thanks Lakota - seriously, I don't know how I'd even start guessing how to do all this without the internet and helpful folks like you. It was starting at little back when we did this eight years ago - forums and pictures, but no videos. However the coach we bought then was in better shape (and newer). So, we actually didn't have to do much work! This is a much different story.

AWESOME job,,, Your ready for the Big Leagues now,, Tell them guys at the RV place,, You got this.