I bought my "Golden Oldie" George just a little over a year ago and caught a bad case of wanderlust. Did a lot of nothing but drove it like I stole it until the tires fell off. Now a person would think that after being a mechanic in the Army for 13 years and a long haul trucker, school bus driver and city transit driver that I would know (and practice) the importance of good maintenance. NOT!!!

My trip from CA to ID turned into a living nightmare in less than 10 miles. Tires started…

just about finished with our trailer ,couple little things left but camping ready check out my page and picture and montage

We just bought a 1959 Dalton that is in pretty good shape. Needs electrical work and a paint job. Looking for ideas on color scheme.

Dalton that is in pretty good shape. Needs electrical work and a paint job.

Looking for ideas on color scheme.

We took out our 1979 mobile scout. My husband replaced all the bearings and welded a new hitch and we put new tires. We took it to the coast Went fishing in Rockport Texas and we found out everything works. The air conditioner is great. The only problem we encountered was the water tank leaks.  It is very easy to get to. and it is made out of plastic. It is a soft plastic not the ridged type of plastic. Can that be repaired and with what? By the way he landed a 40 lb golden drum! He was very… 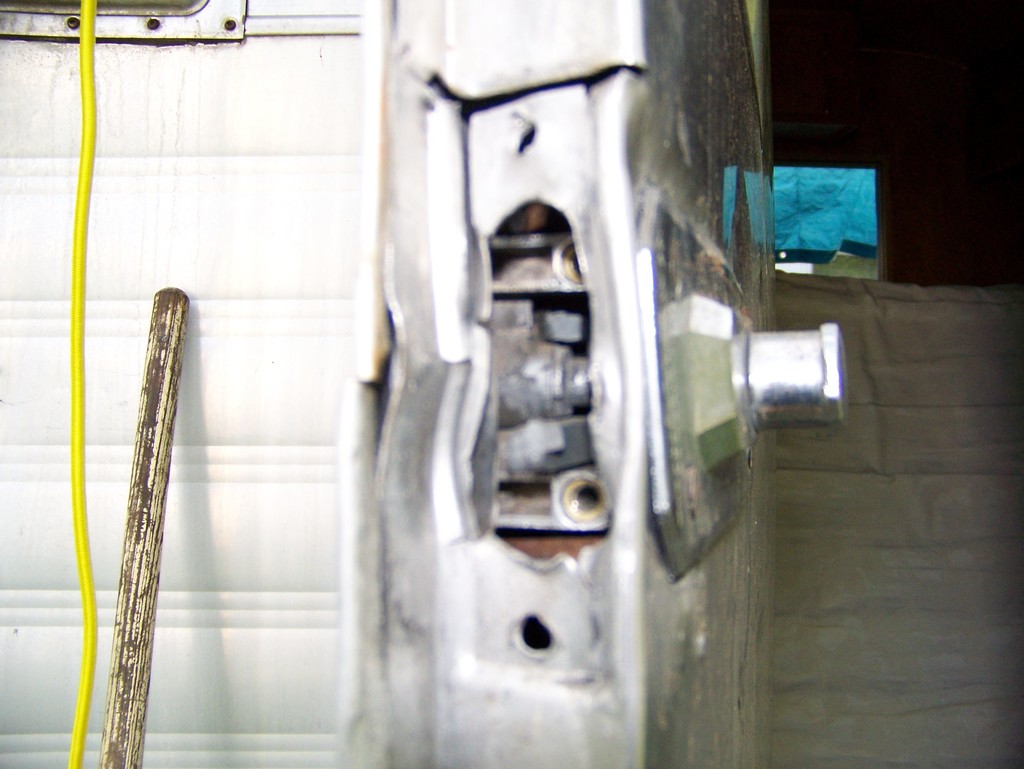 Can anyone suggest a way to fix this, I do have the replacement door handle and lock but as you can see, the previous owner got locked out and really did a number on the door. the rest of the door is in good condition.…

I would have to say that I prefer the one on the bottom right. I don't know a lot about design, but I believe this one would be more in keeping with a "vintage" look.

These are some that I am kicking around, would love your opinion? The little unit is also a loft so you can sleep above the bath. Here is the side profile. I think it needs curves and angles? maybe flat then arch up? Designing a small floor plan with a full size bath. Attached is what I see and with the ramp you can add a tent off the sidewall and set up chairs. or bed. Will haul a ATV or motorcycle under 96". Only a 13' box!! What I can't see is the profile so I m going through older units to try to find something that would fit. Any thoughts? I hope you are doing good! It's been a while since I've been a around! As an owner of an antique store, right now is my peak season so life has been keeping me busy! In between all of that we've been trying to work on Rosie, although it is one day a week...Sundays.

With the heat rising well over triple digits every day and no air conditioning in her, it's been making it real tough and severely limited on what we can do. A bit ago, we did discover by…

Time to get serious

Finally got the MH off the street, not without a small hiccup (see photo gallery) but we survived the impact and no lives were lost. Now I can really get serious and pull the engine, trans for rebuild. I can also pull side glass and drop the last two interior pieces, the front cap and center console. As you can see in photo gallery, I have already pulled the entire floor up. The AC over the engine is next as well. Had a great weekend in Sutherlin, Oregon with 13 other Aristocrat Owners family and new friends. This was the maiden voyage for my '66 Aristocrat Lo-Liner S/T and was really a fun and interesting event. I had to work at my job in Tahoe on Friday but did manage to get off early so I didn't get to the park until 1:30a.m.  I was up at 6:30 and excited to see all the trailers in daylight. The first gathering of Aristocrat trailers in 30 years. WOW! pretty cool and well planned get together. open…

If any one could help me in acquire a manual for a 1974 tandem axle camper 23 ft I would be delighted to pay someone to make a copy of it etc Also I have an old 1959 icebox with stove attached to the top if any one is interested.It came out of a trailer that I did a complete retro on.Will send pictures later  The trailer that I did a retro is called Little Chum,Made in Ind. Picture or decal on it of a rifle and a fly rod crossed. If any know any information on this little traile would…

I am posting all the renovation photos on my Blog. 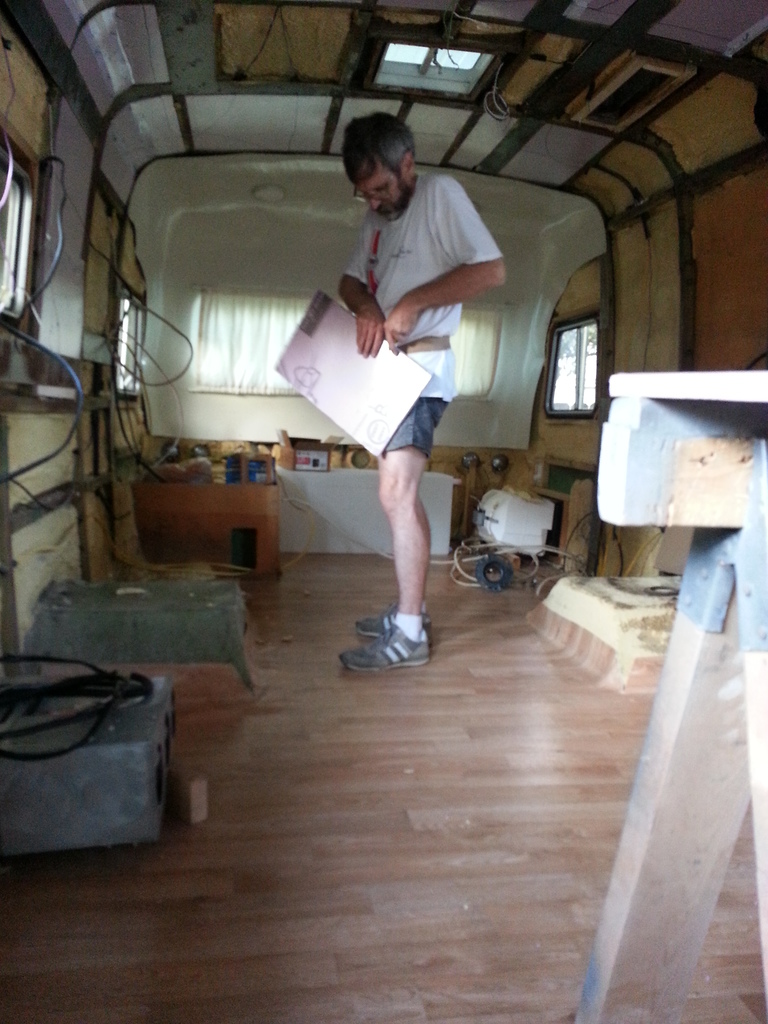 Removal of the inside of the Travco 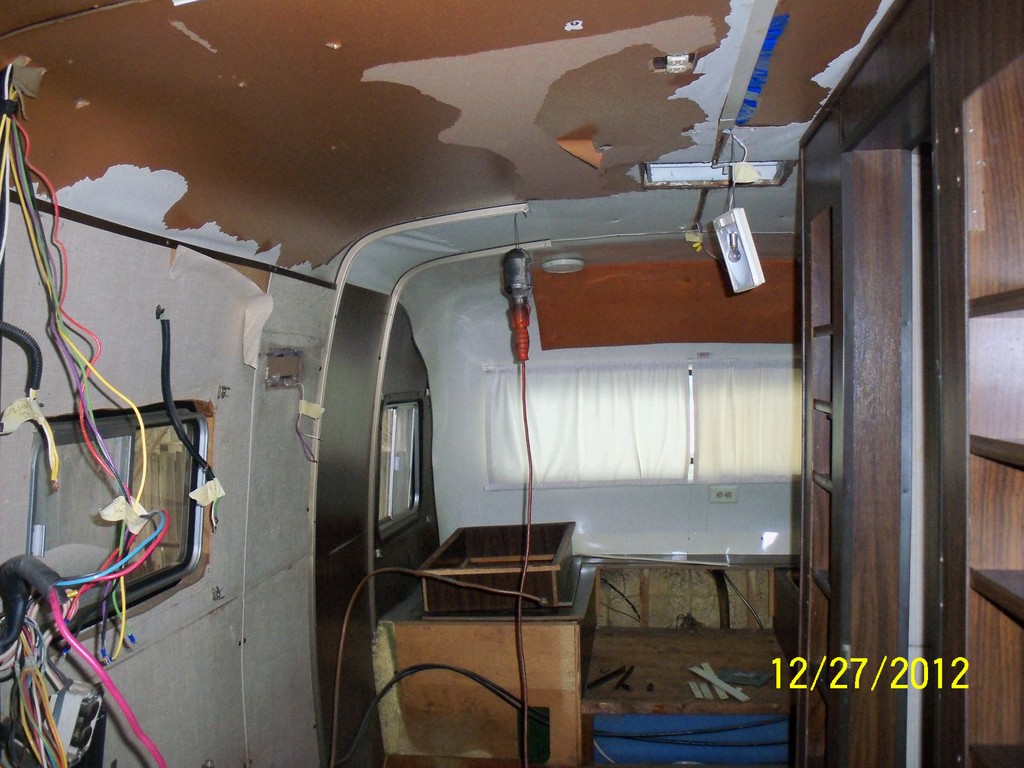 I have so many pictures I would like to start posting. We are about half way to three quarters through the restoration of our Travco. My husband and I actually tore out all of the inside and we have laid out a different floor plan. This required new plumbing, new electrical, new lp gas runs and all everything I haven't listed! I wanted to start posting, because this has been a real job and I as I said, we are only about half way to three quarters complete. I have tried to take pictures at…