Hi guys, I'm Eric and I'm new to the sight. This last winter I procured an 86 Rockwood Class C MH, it's in pretty poor condition but it has a lot going for it too........ I think. It has the International IDI diesel and Ford C6 trans. After it sat for several years I started it and drove it for 400 miles to get it home without issue. This was my parents motor home and it means a lot to me to keep it now that my mother is gone and she and my dad had such a great time in it, otherwise given…

Dear RVrs,
We have a 1987 King of the Road 32 ft 5th wheel trailer, we need to replace the refrigerator, and we would like a new awning.

Anyone out there have any suggestions? We need help. We have a trip planned for May.
Thanks
Cj

I found this interesting solid travel trailer but can't find any info on it . Not sure about the length but I'll measure it soon . It needs an interior upgrade for sure . I would love to hear from owners of these travel trailers about their experiences and fun with.

Talking with another long time RV'er, He asked me how do I get 2 trucks and 2 trailers moved from point A to point B, by myself ?.

I thought I would share my *trade secret. :-)  DISCLAIMER***

This is only for the seasoned RV'er. and info on how I manage to move my equiptment around.

So my RV is about 14 years old and I've heard those 12 VDC LP Gas Detectors need to be replaced now n then. Went to bed last night and for the first time ever in this RV the LP Gas Detector starts chirping but not long and then a few minutes later chirped again momentarily?? I go up and can smell absolutely no LP Gas, checked stove and hot water heater was off and fridge was on automatic then 120 volt (NOT on gas). I went out and turned off main gas valve at tank and opened roof vents and… 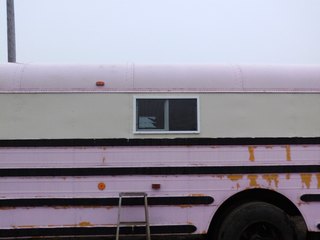 I put two basement thermo pane windows in the plywood walls where the original bus windows were. This required the cutting of a metal stud that supports the wall & roof of the bus. This isn't something I wanted to do as I didn't have access to a welder. I did install angle iron braces across the top of the window, supported them on either side with upright pieces of 2X2…

Smogged for one hundred

Took the 1988 alumalite class c in for its smog test today in a test only facility. yea it passed, guy charged me a hundred bucks for the test though. Seems high to me, but I was getting close to the deadline for the tags so had it done. Getting ready for a fishing trip.

After I retire, I knew I was still going to want to work, but work online in a creative capacity. So, creating some type of craft/office space to take my office mobile, was a priority.

The Dinette space is 6ft in length, looks out a big window, has cabinets above… 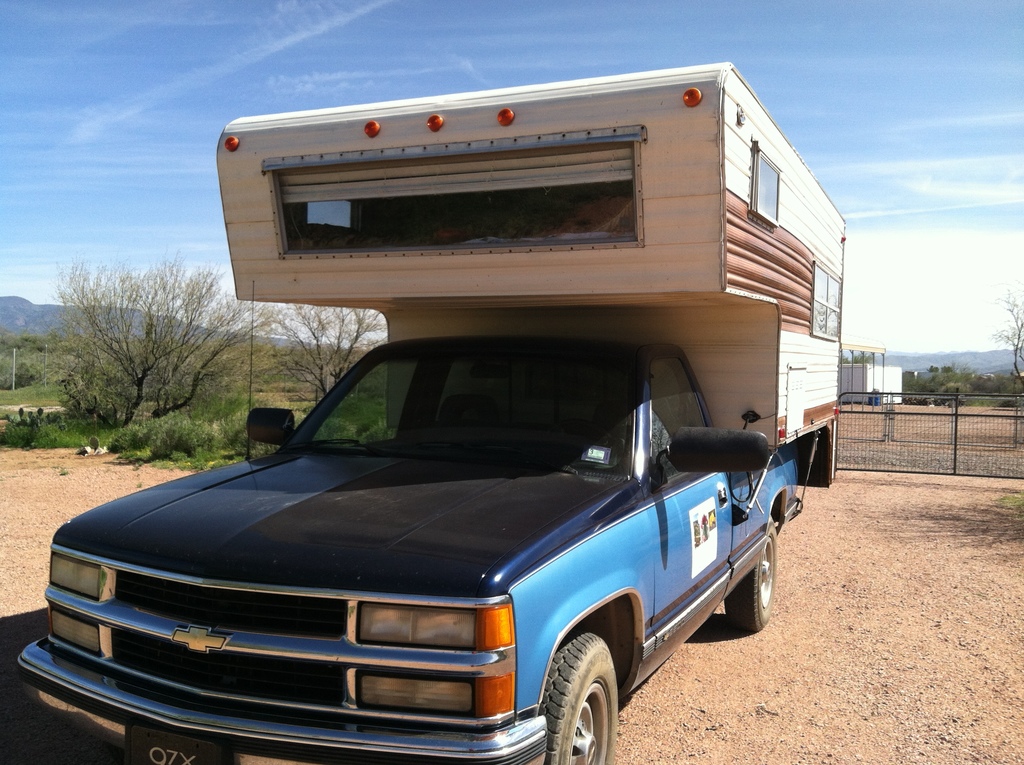 Travco as of Today

We are hitting the road in 8 days.… 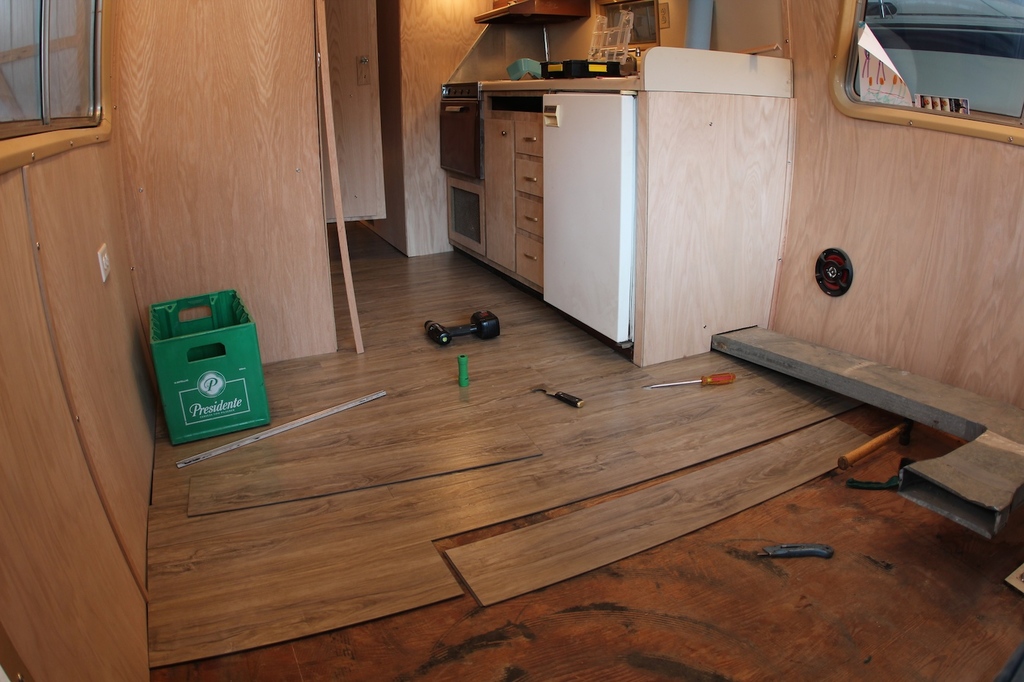 We bought this '66 Dodge Travco 3 almost three months ago. Since then I tore out the ceiling, walls, and carpeting, and am just about finished putting it all back together. I've done a million other small projects along the way. I won't detail them here, but if you're interested you can check out my blog at www.bumfuzzle.com… Anybody ever do this swap? Have a guy not too far away with the remains of a '78 Georgie Boy Country Aire motorhome (25-footer). Has the Dana 70 rear and disc brakes, both 8-lug. Was wondering if this is good, swappable pieces to take my Travco 320 from 5-lug to 8-lug. My concern is that the brakes are not the same size, being a coach that is 7 feet shorter than mine...guy isn't certain if it's an M-400, 450 or a 500.

This ias a folding shelf used while cooking and give you extra counter space when needed. It folds down when the Goucho bed is being used. 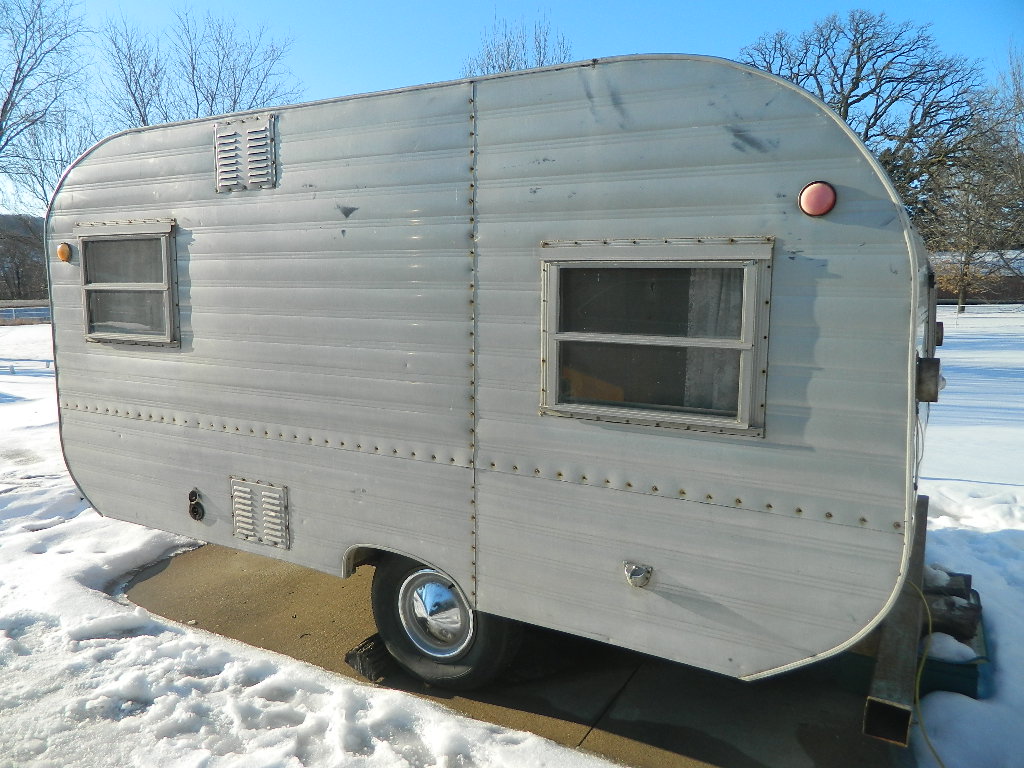 Just bought a Friendship Vacationaire (1962).. Am resurrecting her to the glory of her original self.. Just started since the weather in Colorado at 9000ft has been a little chilly.. :)  Started on the inside and removing all the water damage and rotted floor (working from rear to front of trailer... Join me on my journey and enjoy...

1988 Dolphin - Stripping Vinyl Graphics and Painting the Fiberglass Outside

Well, let me start out by not sugar coating it, Wow was this a big job for my husband. We are incredibly happy with the final results, but it was a big job.

Under ideal circumstances it wouldn't have been such a long process, but in reality it look a long time.

1. If he didn't have to go to work already for 8 hours each day, you can't expect him to get home at 8:00 at night then go work some more (in the dark no less).

Cant keep a good man down!! 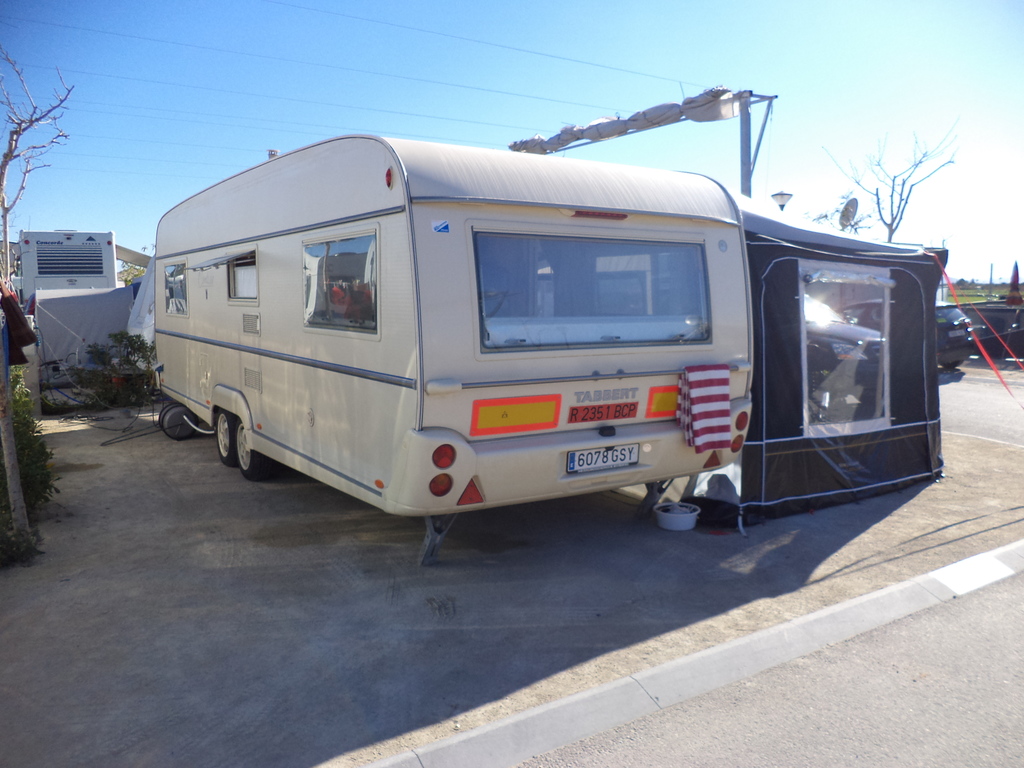 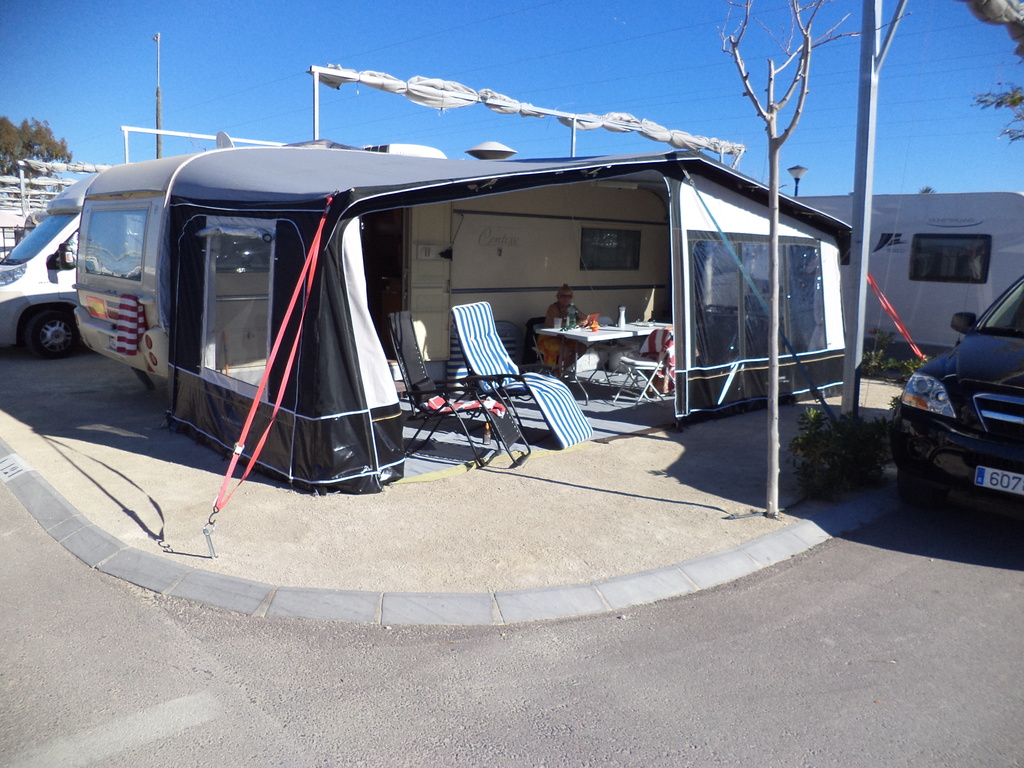 Just a quickie to say we still keep in touch with the GORV website but have moved into the 21st century with a german built 25 foot twin axle caravan ( trailer to you lot!!). Carrying on with the dream and are about to go to Morocco and dowh to the…

This is the counter top I hand crafted from Red Cedar that was salvaged from the bottom of the Escambia river by a swamp logger.

Check out the grain and patina of the wood.

The first thing I decided to tackle inside was washing everything down and begin by painting the walls to get rid of the dated wall paper. We went with olive and chocolate brown as our colors. This way I could do a Tuscan theme, but still have colors that would be camping/dog friendly. We have two black labs, so no light pastel colors for us, I wanted it to be dog & man friendly for my husband.

The insides of all the cabinets were painted the same color as the walls, a…

1985 Winnebago Chieftain. Generator starts using starting fluid and runs for a few seconds fine. Checked Fuel line and nothing is in it : ) Fuel pump is making normal noise and vibration. Is there a switch somewhere or a valve that I need to turn on. It takes fuel from the same tank as the rig and I have fuel (1/4 tank only). Does the RV have priority and once it drops below a certain point, stops feeding the generator? Any input would be appreciated mucho.