I was given a 1963 Terry 15' travel trailer. After two days of removing the trash, I found massive water damage, no appliances, someone actually drilled holes through the floor, ran 12v wires through it and set a battery inside the camper. There is a 2 gallon black water tank, no grey water tank. The drain for the grey tank is ran through the floor and that is it. The would thing is the camper still has the split rim wheels.

these are kinda hard to find as differ from the engines in the cars of this size, i've found their from the 361 block family,so far i've find parts from 440/383/361 work, finding push rods was the hardest part as there 10 1/4" long, but was able to find them thru summit racing out of ohio would found a warehouse in sparks ne that had a few on hand yet.

this i call my buggy

i wanted something open, light, and for off road use as well, and economical, is a s-10 frame and drive train, moved engine back bout 30 " steel plate firewall and floor board, seat 2 adults and 2 kids, putting little bigger tires on back come spring,few things to add yet,has seat belots,lights, back and trurn signals,something to go from point a to b.

often thought of down sizing

we or i should say i, sometimes get frustrated and let my thoughts wander to the idea of downsizing back to a small pull camper since just me and the little lady,but when we go and grand kids come along, it makes nice that if strom comes up ,they all migrate insaide,other wise they sleep in tents we keep on hand, we went with a friend and his wife this summer to place just south of muncie(summit lake) and was reminded how easy for us was to pull in, hook up and done,with our other campers,…

bought this nov of 2012, worked on getting it to where we could use it by start of season, put a quick paint job on it, fixed inside bunk areas,replaced fridge, took furnace out ,cleaned it and bench tested it in basement,replaced holley carb, took intake off and replaced 5 bent push rods, replace the old 20 watt inverter with newer 40 watt, lights are much brighter now, water heater surprisingly was good and works fine,we replaced the counter top with matching table material we found at…

Okay, we're full-timers in a '79 Winnebago and almost NO ONE offers personal property / homeowners insurance for it.

Best we found was through Good Sam but only one out of their 5 companies will even insure such an old rig.

NOTE - THIS IS NOT FOR VEHICLE INSURANCE - this is for all of our personal stuff  - IN the rig.  Usually considered…

getting our camper ready for camping the first year was gone quick and rude but turned out descent looking for going this year. ours is all fiberglass except for bumpers, glass and grille, and so i painted it with implement paint from rural king for $28 a gal compared to about $200 a gal for auto paint, we sprayed it on, i think is best way,with hardener,catalyst, total cost was about $100, for the  time being just wanted it to look better thewn did, now have started sanding it down to get…

The rebirth of a sweet little 1973 Scotty Gaucho

Got to drive her!

While my camper is in the completely torn down phase and parked at a friends house (no where near me) I get to go out and visit from time to time. I was able to start her up and driver her around a little on his land. It felt great!

Last week the wife and I had to get away for the weekend, it was our deceased son's birthday. Anyway we was riding around the hill's of Ky. when we saw a Avion trailer sitting in a yard. We turned around to look at it and a 71 Avion E-22 followed us home. The wife say's it or the Argosy will have to go. I will hold off as long as I can.

I added a few pics of our camping trip to High Sierras this past July, with our Silversides

We drove her through the Mojave Desert in 100 deg temps pushing wind and climbing without overheating or any problems.

I have been living in my new to me 1973 Auto Mate Travel Trailer for a few weeks now. I am so new to rv living it isn't funny. I have never slept in an rv til this year.

Neccessity required me to be creative with my living situation and I bought my travel trailer and parked in my own back yard to live in. I am renting out my house.
I have no running water! I filled the tank. and no water. I finally figured out that there…

does anybody own a airstream motorhome with the fiberglass exterior? I have some ???

This is not just a car rather RV construction around a 1942 V-8 sedan.  I need some special nails and have not found  one supplier.  Maybe RV'er's will have a clue as to where I can find them.

I need steel spiral-shank button head 7/8" nails - quite a quantity.  Any notion as to suppliers for items like this? 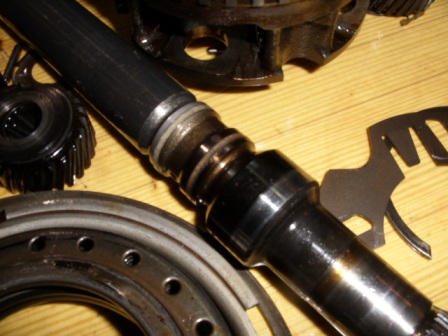 I BOUGHT THIS LAST DEC,I HAVE BEEN VERY SURPRISED HOW WELL BUILD IT IS.I AM LOOKING FOR BACK UP PARTS ANYTHING ELITE 1986 THOUGH 1992.

POLARIS H TYPE A/C UNIT LOOKS LIKE A STOP SIGN WHEN LOOKING UP FROM THE INSIDE.HAS FOUR OUTLETS PER UNIT

WINDSHIELDS THEY WRAP AROUND

Have not been on here in a while but we have been busy behind the scenes. The Beast as we lovingly call our 88 allegro is coming along nicely. We have replaced all the roof vents(sewer as well as fresh air) stripped the seam on the front and rear caps and applied eternabond to them all that is left is coating the roof.We also replaced both roof airs. We are serious about fixing the old gal up.So thus a question,The rubbers around all the windows are deteriorating.…