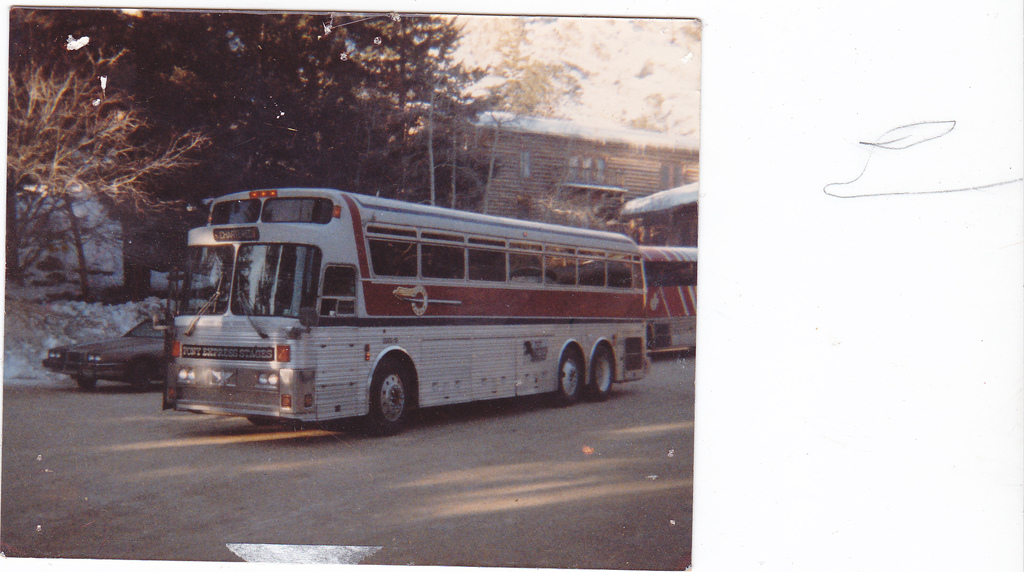 Well Pat , Here are some photos of buses I drove . The first one is of a 1950 Dodge school bus which my dad had when I was a kid. 45mph top speed! Flat head 6 4 speed and really geared low with a mountain range rear end. dad used it in the summer and worked carnivals. next is me in Kansas City mo in front of the Trailways depot. A 1959 GMC 4104. Next is my old baby a 1972 Eagle 05 318 4 speed. taken up in Colorado. I am thinking this was…

got the wood to fix the roof short a few pieces going to pick up some paneling havent decided what to do with the floor yet....so many options and little money.  I really love fixing her up

Okay sorry it took so long to get the shots up from our first shake-down trip to the other end of the state.

Here she is sitting at the campground in Beckley,WV This is a great place to stay. It sits right above the Beckley Exhibition coal mine and complex which showcases the early days of coal mining and how the miners lived and worked.… 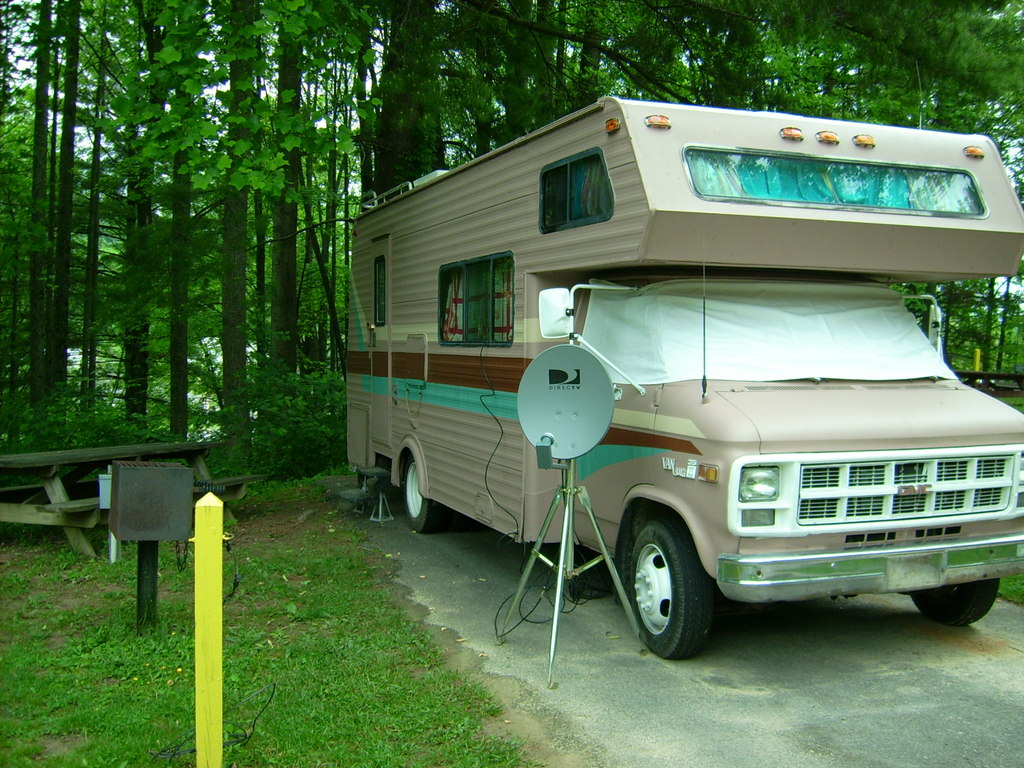 I'll be starting a new trailer fashioned after the 1947 Cabin car and will use a reclaimed and refinished frame from a Camper Deville pop-up. It'll have a cook stove, AC, 2 sinks, cooler, TV/DVD, queen bed & porta-potty…

With most major auto manufacturers now actively developing electric vehicles, the drive towards a zero emission…

We have a domestic royale frig.(3 way elec., gas and dc.)

When we are plugged in to electric it goes onto the ac side for a while and the check light comes on and when we reset it goes back to electric then jumps to gas.  Does anyone knows why it jumps to gas.

Plus the lower part doesn't seem cold but the freezer is doing great.

Any help or info would be great.

hello all hope every one is doing well.we took the rascal out for a few days for some fishing and relaxing.at the end of our trip we decided to go to our favorite wal mart and spend the night.and to do some shopping.there had to be 25 rvs in the lot.there is a lot that is typically only used by rvs and semis.i parked next to a nice 71 travco.it was hot and there were a few people out talking and we had a good time.i posted 2 pics. of the travco.but the best part was when we all left it…

Many thanks Chris (and yes I do), John T and Pat. I thought I would get a chance this weekend to follow up on your suggestions and hopefully find it all to be a minor problem but I ended up with yard…

Many thanks Chris (and yes I do), John T and Pat. I thought I would get a chance this weekend to follow up on your suggestions and hopefully find it all to be a minor problem but I ended up with yard sprinkler problems so the MH took second priority. Hopefully some time this week I can pull the cover and follow your suggestions!

Many thanks to all…

Due to no money we had to put the rv on hold for a year.  We did strip it down to fix the one side (driver's side ) wall had slid and my the time we took everything out we seen the floor looking not very safe.  So, we did some thinking and thought we might just scrap it but we have had so many dreams about this lil motorhome especailly when the motor is so strong.  Now, we have decided to fix the floor and wall fix it up how we want to I am so excited....she is a gem just needing some…

The Play Pak is going out to play.

Well we are planning our next venture from Panama City Fl to Va Beach Va.  We will leave out 5/29 and spend the 1st nite close to Atlanta at Lake Lanier CG Van Pugh South.  Anyone familier with the place?  2nd nite will be Longwood Park by John Kerr Dam VA.  We will have our 1973 Playpak.  Haven't made reservation for on the way home yet, or dates.  Happy camping everyone.

I assumed it was a fuse under the hood but when I pulled the cover off the fuse box I could not determine which fuse is which;…

We can't find any older rims for our camper and we need an extra for a spare. Does anybody know where we might find one?

Back from shake down

Well we made it back yesterday afternoon from our first Shake Down trip with the camper. I gotta say I am so proud of how well she ran- we averaged 60-70 MPH and she never missed a lick! The gas mileage was not so great how ever she does have 4/11 rear gears so that did not help.

Everything functioned as needed and we enjoyed our stay at the New River park campground in Beckley,WV. I will be putting up photos and more in my blog soon.

taking off my camper

hi i need some advice, i want to take my camper off my coachmen. at that point make a nice wooden floor. the van has 75,000 miles and runs greatni would get so much more out of it. we done do much camping anymore, needs a lots of work. has anyone did this?

Read about getting our 1972 ready for paint at Rollin' in the Years. We're getting closer to being done.

What about insurance for the old timer?

What's everyone doing for insurance on their old rigs?

looking for some answers about this trailer ,can any one help me out ,whats the small ball ,located on the right side of hitch for ?some say for stabilizer bar but can't find who sells them or how they connect to my truck [help]see my awesome trailer today ,didn't look like this when it was given to me by sister

Just finished a cargo trailer conversion. 5X10 V nose was gutted, insulated, lined with cedar and set up as a small RV. We took it to N. Wisconsin last weekend and everything went very well. If you'd care to see the build pics..here they are