Ok, another Blob bringing up a subject I have seen on this and other RV sites.

A combo unit, 12 volt and 120 volt lighting fixture. An RV parts distributor did have a few that he had sold years ago. They were designed for custom rebuilds. RV manufactures didnt install them due to liability issues with people installing the wrong bulbs. (household style lightbulb, but 12 volt, into the 120 socket).  They did have a combo unit on the market a few years back that had 120 fluorescent twin…

Well,  a couple weeks ago, my wife and I, traded our '89 Telstar Champion in for an '06 Forest River Lexington RV. We had enjoyed the Champ very much as it was our first RV and took it a several adventures. However, it had some issues that no matter how much I tried, I couldn't solve. The main one was its musty smell, my wife has a most sensitive sense of smell and it was quite strong for her. We got used to it after a few hours on the road, but it permeated everything inside. So when we saw…

Type of wood to be used

What type of wood would be best to use for repairing rotted wood in a pull behind travel trailer? Need something light but will hold up I'm thinking fir but not sure any info will greatly help thanks 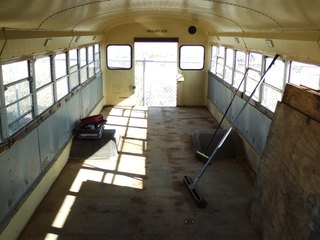 I started this transformation by pulling all the old flooring up and sanding the floor. It was in relatively good condition so it didn't take long. There were, luckily, no holes to patch. I then painted the floor with chain link fence paint.

Here is a picture after the paint was put down. I did two coats.…

I have a friend who replaced his rooftop a/c unit 3 times in 5 yrs, and as he said, he could have bought another RV with what he spent on replacement a/c units.

I joked with him one day about retrofitting a window a/c unit to a roof mount.

Well, he said we need to work on that idea. So,, with old rooftop a/c removed, we set a $99. wallymart 5,K btu window unit up on top. Then we estimated and guestimated what we would need for duct work.…

where to get dual voltage light fixtures 110 12

I  was asked by a few friends over the years,, what do I look for when buying a used RV,,,Motor home, trailers. (which includes bumper pulls and 5th wheels).

I walk around the outside looking at the siding , and looking underneath at the under carriage. This will include, holding tanks (if equipped).

I will check the tank drain valves for easy movement and any leakage.

I look at the…

Ready to paint my 1970 forester what brand kind of paint to use ,etc can some one lead me Thanks Anthony

i can share quite a few checklist and pdf if possible,here is a first one.

I am new to the Site and wanted to introduce myself and our vintage rv.  We purchased (new to us) a 1988 27ft. motorhome and we are currently painting and fixing it up.  I look forward to sharing our photos as we work thru our remodeling, as well as enjoying looking at your photos and learning from you.

I've included a few photos of how the rv looked when we first brought her home.  Here she is:…

Some pictures of the now named Tomita! We have now named our MH Tomita, here are some pictures.… 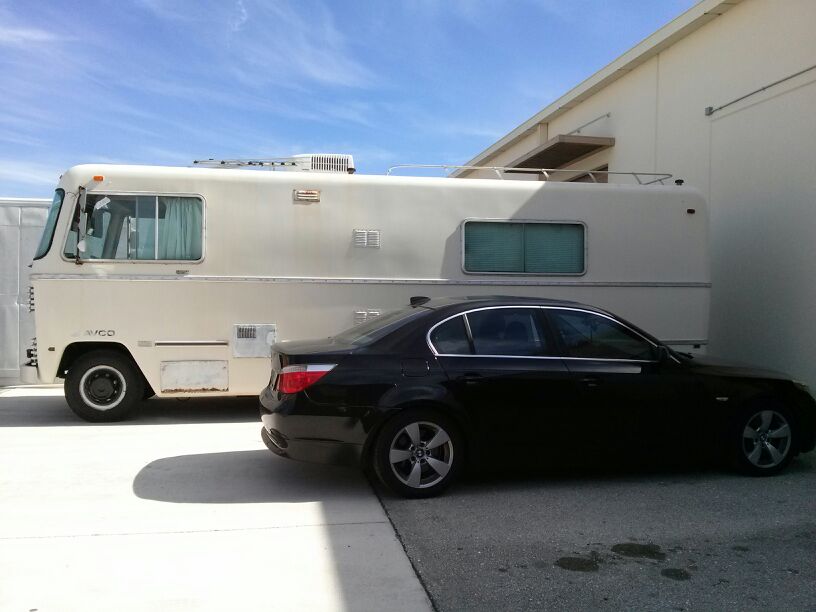 Well here we are we sold our classic cars (1959 Rambler Ambassador Cross Country and 1957 Ford F-100) back in California, so since we did not have any projects anymore decided to purchase another car, while looking we found and interesting ad for a 1973 AVCO MH, it was about 2 hours away from us so we decided to take a look over the weekend if it had not sold by then. Lucky for us the MH was still there and we fell in love with it, it is all original and almost everything works, we purchased…

Does anybody know where these a painted trailer or silver with no paint??

If you have ever wondered about rear video cameras to be able to see whats behind you and your RV, Only to look at the RV dealership and see $399 to $1,000 units and the sticker shock made ya burp some chili ya had last weekend? Almost all NEW cars,trucks and RV's have back up cameras. That leaves us,, the ones with older classic Rv's and trailers that dont have all that fancy electronics Preinstalled.

I have shopped around and finally settled on EBAY, with reputable sellers, who have…

what to do about not having clear title

I am having a problem getting a title of a 1979 Road Ranger. It is 23 feet long with tongue.  I was given it by my brother as a place to stay while at  a friends place with my support duck.  My friend does not allow her wandering around his house even if she is in a diaper harness.

The first problem with it I ran cross was the electrical plug in was melted.  We replaced that but are still having problems getting the electrical system working.  We know the ac works if directly plugged…

Y'all be careful out there! {wrecked my old RV!}

I wrecked my RV on the 16th, and it is on its way to becoming beer cans now! One less 1963 Grumman Kurbmaster on the road.

For the second time, I had wheel studs snap and lost one side of the dually rear end. After the first, which I got away with by the grace of God, I replace all the rear wheel components. New drums, new studs pressed in, new brake pads and cylinders while I was in there.

Never knew what broke them the first time, and I dont know what broke…

I have been cleaning my Marble Blue Luggage.  This set was my mom's honeymoon luggage.  I had stored vintage clothing in it and used masking tape to mark the contents.  There is mildew and mold on the luggage and the cream trim is very dirty. I would like to collect a few more pieces.  I use the luggage when I go to rallies for my linens and supplies.

I tried some mild soap and then vinegar, but neither of those products cut through the years of grime and dirt.  I pulled out…